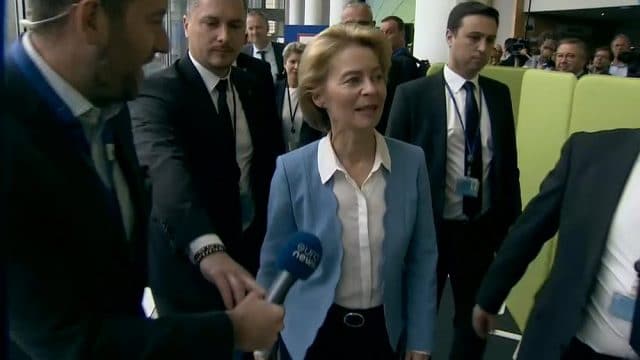 The nominee to become to the next Commission president, Ursula von der Leyen, has been meeting with various political groups in Brussels on Tuesday.

The meetings are part of an overall offensive to get MEPs next week to vote in favour of her appointment to lead the EU Commission.

Euronews political editor Darren McCaffrey attempted to break the German defence minister’s silence on the MEP support she’s been able to corral ahead of her first public speech expected the same day.

From whether she has enough support from MEPs to if she stands behind a United States of Europe, see how von der Leyen responded in the video player above.

To find out more about what von der Leyen is up to in Brussels and who she is meeting with, click here.