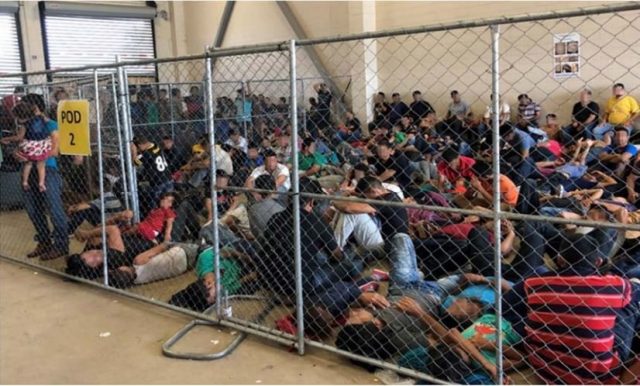 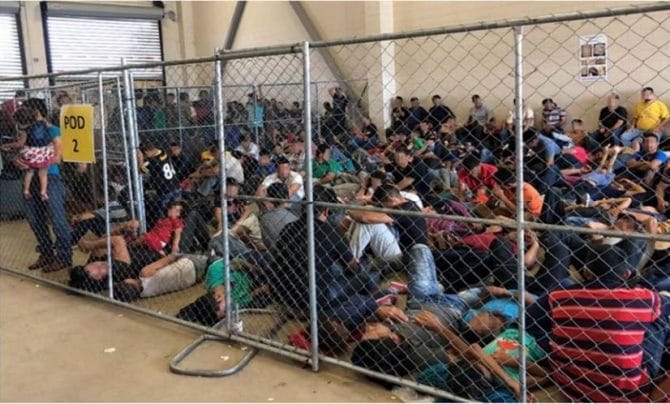 U.S. Customs and Border Protection agents at the El Paso Processing Center, a facility operated by ICE, allegedly forced a Honduran migrant to walk around carrying a handwritten sign reading “I like men” in Spanish. According to CNN, the alleged act was meant to humiliate the man, and a CBP agent reported the March 5 incident to his supervisor via email.

“This report has been made and is currently under investigation,” an El Paso CBP spokesman said in an email, per the El Paso Times. “CBP takes allegations of mistreatment of individuals in our facilities seriously, and all allegations are reported to both the DHS (Department of Homeland Security) Office of the Inspector General and the CBP Office of Professional Responsibility. Any employee found to have violated our standards of conduct will be held accountable.”

As the Times points out, many Central American immigrants are LGBTQ individuals trying to escape transphobic and homophobic oppression and violence at home.

A CBP agent previously told CNN that a supervisor in El Paso joked about running over migrants with a car, with that source adding that being derogatory is part of border patrol culture.

Representative Joe Kennedy III recently toured the El Paso and Clint detention facilities and gave the following appraisal of the conditions there: