US gymnast Danell Leyva gave viewers a treat when he stripped off at the Rio Olympics.

Before competing at the Games, the US men’s gymnastics team suggested they should show off some skin to increase support for their events, and luckily for us one of them has come through on that promise.

Danell, who this week won two silver medals for his country, went off-script and stripped down during a non-competitive gala, where he looked to the crowd for encouragement before rolling his leotard to his waist.

One of the commentators announced “this was not part of his Olympic routine” as he continued to show off on the parallel bars.

We don’t know about you, but we think we need to hit the showers after watching this…

If that’s not enough to make you fall in love, Danell’s proven himself as a strong ally of the LGBT community, celebrating the legalisation of same-sex marriage in the US and encouraging “kindness and understanding”.

In a recent video on Instagram, wearing a Make America Gay Again tank top, he said: “The love within the LGBT community is so much stronger than the hatred against it.

“It is our responsibility as non-LGBT people to help emulate this love and create a world where LGBT people don’t need to create their own safe spaces.” 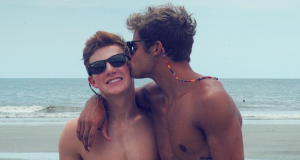 Nick Gayer
0
Jake Bain is openly gay and proud College footballer Jake Bain shared his story with Ellen about coming out as gay in school. Bain made headlines... 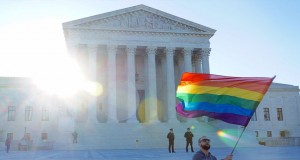 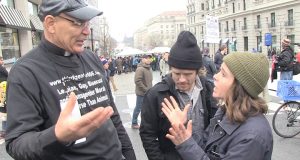