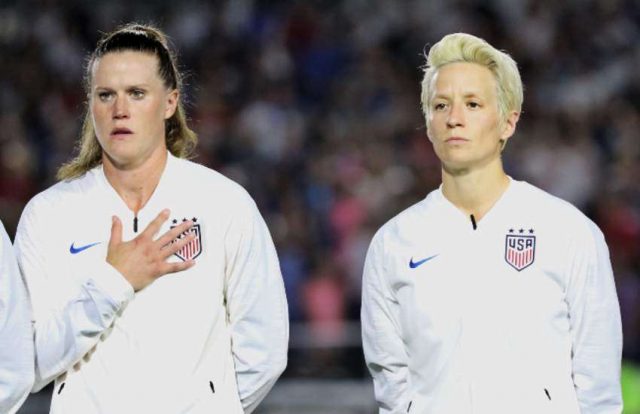 US soccer player Megan Rapinoe refused to sing her country’s national anthem as a sign of protest against the current Trump’s administration.

The openly lesbian midfielder stood still while her teammates sang ahead of a match in the Women’s World Cup. The quadrennial championship is taking place in France, with the final match on 7 July.

Rapinoe’s team played their first match in the tournament against Thailand on 11 June.

The US team has also been harshly criticized for bad sportsmanship after blatantly celebrating for scoring 13 goals. The match ended on a 13-0 for the US, leaving their opponents in tears.

Rapinoe stayed true to her resolution not to sing the anthem. In an interview with Yahoo she gave last month, the player motivated her decision.

‘It’s kind of a good “Fuck you” to any sort of inequality or bad sentiments that the [Trump] administration might have towards people who don’t look exactly like him,’ she also explained.

Rapinoe, who is in a relationship with WNBA star Sue Bird, also said she won’t accept the customary invite to the White House should her team win the World Cup.

‘I have no interest in extending our platform to him.’

The US team is the most successful, with three titles under its belt. They won the tournament in 1991, 1999 and 2015, hence a possible new victory isn’t unlikely.

While Rapinoe received support from many fans for her symbolic gesture, others couldn’t handle it.

The negative comments are a display of homophobia, sexism and conservatism. 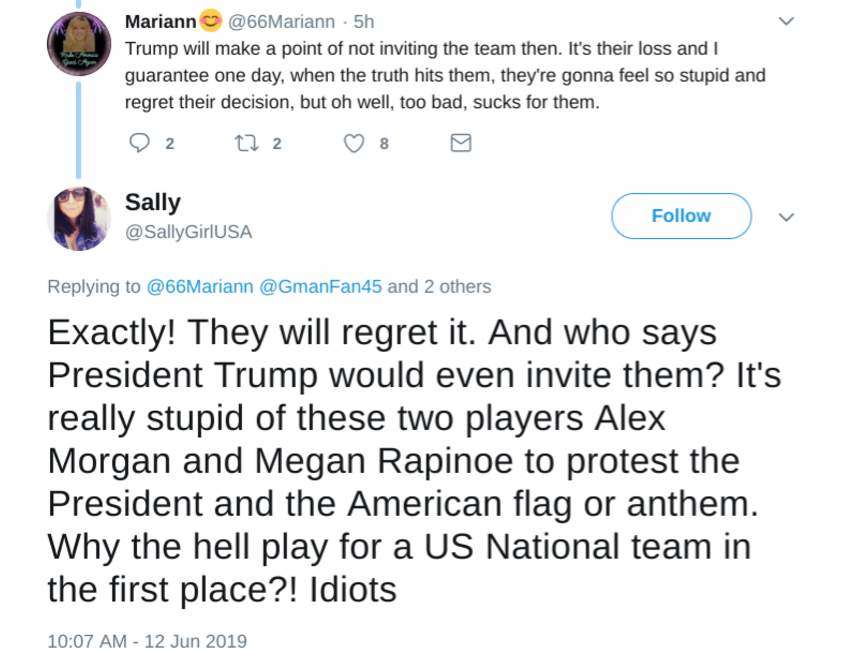 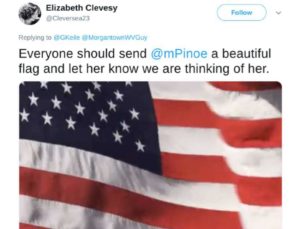