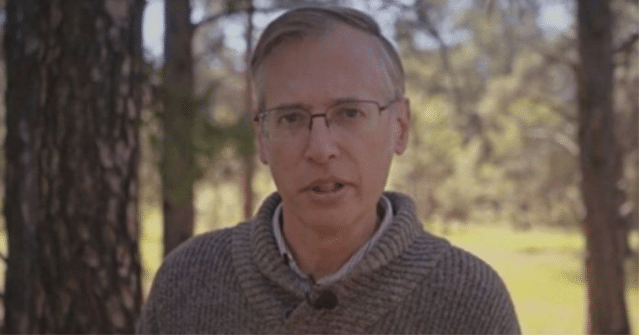 “God is burning down California” because the citizens of the state “legitimize the sin of homosexuality” according to controversial conservative Pastor Kevin Swanson.

Swanson is a radical anti-LGBTQ radio host and conservative darling beloved by such GOP politicians as Ted Cruz. Commenting on the wildfires raging in California, Swanson, speaking on his “Generations” radio program, claimed that the wildfires are God’s punishment on the state for its years of attempting to “legitimize the sin of homosexuality.”

If you look at the history of California, they have been at the forefront of this. The first gay pride march occurred in San Francisco in 1970 and then San Francisco legitimized homosexuality in 1972. In 1982, Laguna Beach, California, elected the first openly homosexual mayor in United States history. In 1999, California adopted a domestic partnership law; I believe it was one of the first in the nation to do that.

Swanson is no stranger to controversy. Last February the pastor made headlines after blaming the victims of the Larry Nassar sexual assault scandal by claiming that “the immodesty” of U.S. gymnasts caused Nassar to sexually assault the underage gymnasts.

Previously the conservative Christian pastor argued that public schools that teach about gender identity should be burned to the ground because they violate God’s law.