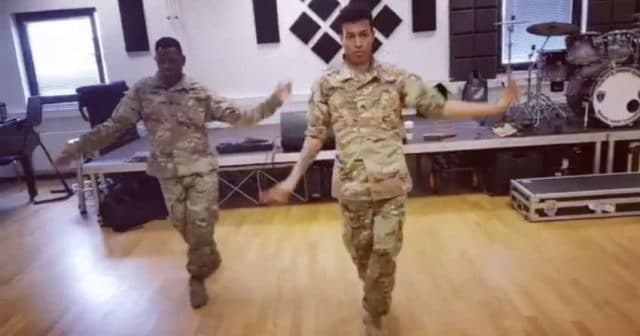 Two serving US soldiers have won praise with their take on Todrick Hall’s latest dance routine.

Two men who rose to the challenge are Clifford Louis General and his buddy, Trevon. General is a Sergeant in the US Army, and Trevon is a Specialist. Both soldiers are currently stationed in Germany.

General is also a choreographer and had the idea for doing the routine.

He tells GSN the choreography, ‘blew me away after watching it the first time. I am a big fan of Todrick Hall and we both love to dance and figured what’s stopping us from hopping on the bandwagon. Maybe someone would notice and just our luck Todrick, and many others did.’

Indeed, after General posted it to his , it was re-shared by Hall himself this week, with the : ‘Serving for your CUNTRY HUNTY! Yes GAWD. I’m Todrick Hall and I APPROVE