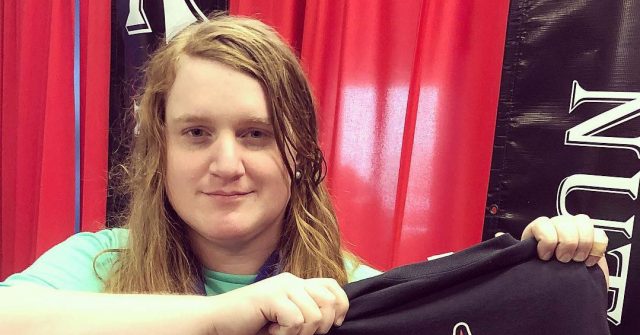 A group that advocates for gender equality has lodged a complaint of discrimination against USA Powerlifting with the Minnesota Department of Human Rights on behalf of a transgender athlete, JayCee Cooper.

Minnesota-based Gender Justice accuses USAPL of violating a landmark 1993 law that prohibits discrimination on basis of sexual orientation and identity, the first in the nation to protect trans Americans.

As Outsports has reported, USAPL blocked Cooper from competing in Minnesota’s State Bench Press Championship in January, even though she met the organization’s policies for competition and disclosed her gender identity.

USAPL’s response was to issue a new, retroactive blanket ban on transgender athletes, which the organization staunchly defends as a “transgender participation policy.” The policy, however, does not allow participation by trans athletes. In interviews with news media, in social media posts and within the policy itself, USAPL has opposed all characterizations of that policy as a ban.

“As a powerlifter and a transgender person, I’m no stranger to a challenge,” said Cooper.

“I’ve jumped through all the hoops, trying to meet USA Powerlifting’s arbitrary and subjective standards, just to have them respond with an outright ban on transgender women in competitions. At some point you have to say enough is enough. Sport is a human right. Trans rights are human rights. Trans athletes are supported in our right to compete by the International Olympic Committee, the International Powerlifting Federation’s Executive Committee, federal and Minnesota state law. USA Powerlifting’s blanket ban violates not just the law, but the very spirit of sports.”

According to Gender Justice, the group’s filing with the human rights commission accuses USA Powerlifting of discriminating against Cooper in public accommodations on the basis of gender identity, in violation of the Minnesota Human Rights Act. The group is seeking protection from discrimination for Cooper and all athletes, and what it calls “a clear, fair standard that allows trans athletes the opportunity to compete.”

“There are many threats to women’s sports, but equality and inclusion are not among them,” said Gender Justice Legal Director Jess Braverman in the group’s statement. “Like other female athletes, JayCee is facing policies rooted in bias, fear and unfounded stereotypes. We believe USA Powerlifting’s over-the-top blanket ban on transgender women athletes is clear discrimination under Minnesota law, and we will fight for JayCee’s opportunity to compete.”

Outsports has repeatedly attempted to seek comment from USAPL and the organization’s leadership, without success, and we did not receive any response to this new development as of press time.