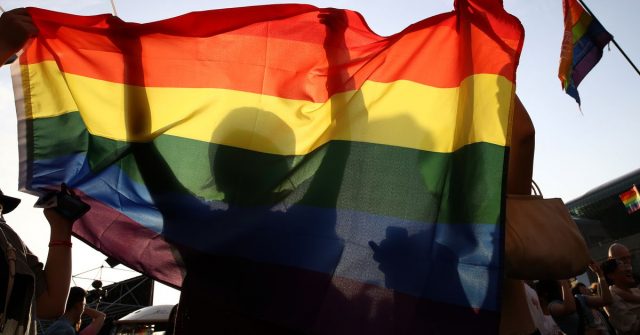 A Utah high school football coach suspended two players who burned an LGBTQ Pride flag on social media, with one heard to say “all gays die.”

“There’s no place for that in our program at all, and it won’t be tolerated,” Matt Rickards, head coach of the Kearns High School team told a local TV station. “It’s potentially a hate crime, so it sickens me.”

A player posted a video on Snapchat last week where someone lights an LGBTQ Pride flag on fire and laughs. Someone in the video is heard saying “all gays die.”

Another player reposted the video before it came to the attention of administrators and athletics staff.

The Granite School District, of which Kearns High is a part, said it’s investigating the incident and that two players were involved, including a 15-year-old incoming freshman.

”We are having police look at it to ensure that there is no criminal implications,” spokesman Ben Horsley told ABC News in an interview on Tuesday. “Looking at the video, whether if it was intended as a joke or as a serious and broad threat against LGBTQ individuals, it’s still a reprehensible act. We need to condemn hatred and bigotry wherever we see it.”

Rickards said that in his seven years as coach he has sought to stop players from bullying.

“We have one rule in our program, and that is not to embarrass yourself, your family or your team,” he said. “That rule was broken. There’s got to be consequences for that.”

I agree with Rickards that the incident is sickening, and a suspension is merited. This is a case where sensitivity training could have value since the perpetrators are young, and it’s been shown that attitudes toward LGBTQ people can change.