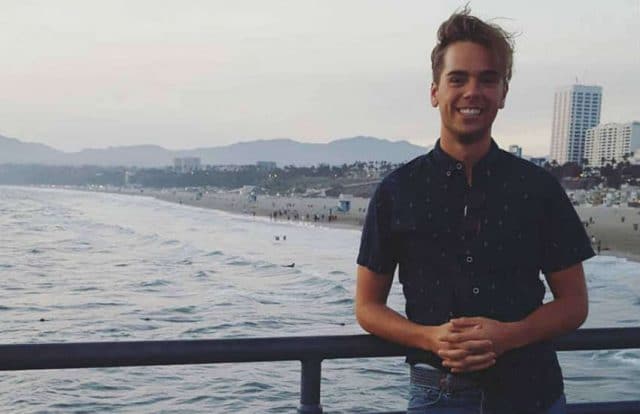 A student came out publicly during his valedictorian speech at a prominent Mormon college in the US.

Matty Easton attended his graduation ceremony at Brigham Young University on 26 April ready to deliver the most important speech of his life.

In his speech, Easton gave a shout out to his LGBTI friends at BYU, before revealing he himself identifies as gay.

‘I stand before my family, friends, and graduating class today to say that I am proud to be a gay son of God,’ he said.

He also said: ‘I am not broken. I am loved and important in the plan of our great creator. Each of us are.’

Watch his speech in full below:

He then clarified he had come out to his closest family and friends over the last two years, but his speech still made a crucial point.

During my time at BYU, I have slowly come out to my closest family members and friends. However, this is the first time I have publicly declared it. I felt it was important to share both for myself and for the LGBTQ+ community at BYU.

‘This is the first time I have publicly declared it,’ he said in a tweet.

‘I felt it was important to share both for myself and for the LGBTQ+ community at BYU.’

While LGBTI students can attend BYU, they can be banned from campus if they engage in ‘homosexual behavior’.

Earlier this month, the Mormon Church (also known as the Church of Jesus Christ of Latter-day Saints) removed a ban on baptizing children of LGBTI parents.

However, the church still considers being in a same-sex relationship a ‘serious transgression’.