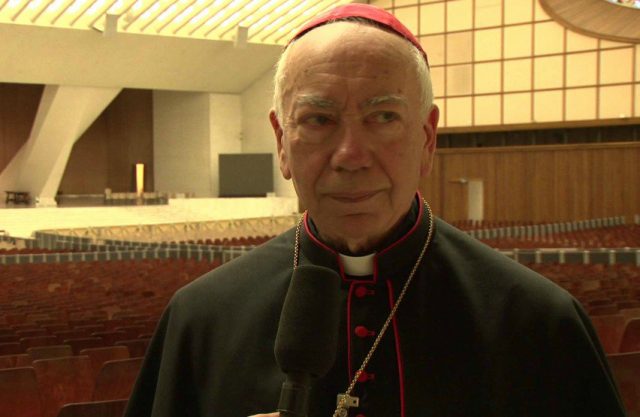 According to reports Il Fatto Quotidiano Vatican police raided the apartment that belongs to the Congregation for the Doctrine of the Faith – also known as the Holy Office – after neighbors complained of loud noise.

One of the jobs of the Holy Office is to deal with clerical sexual abuse and is headed by Cardinal Francesco Coccopa­l­merio. He is he Pontifical Council for Legislative texts and a personal adviser to the Pope.

The occupant of the apartment is believed to be Coccopalmerio’s secretary, a priest who the Cardinal recommended for a promotion to the role of a Bishop. This incident and two previous alleged drug overdoses will likely prevent him from getting the promotion.

This latest scandal comes only a week after Australian Cardinal George Pell was charged with historical sexual abuse charges. Pell is Australia’s highest ranked Catholic and the Vatican’s Finance Minister.

Media reports have suggested Pope Francis’ helm of the Catholic Church is in trouble after a string of controversial incidents.

‘Resistance to the Pope is growing,’ a Vatican source told The Australian.

‘We have seen five troubling ­stories emerge in a matter of a few days. They have created turbulence. There’s not going to be a schism, but the Pope has lost credibility in the eyes of many.’

‘The Pope has been appointing people who are good parish priests to run dioceses in Italy, but it takes something else to be a bishop and they don’t have the stature for it.

‘Paradoxically, these setbacks are pushing the Pope to accelerate his reforms, while resistance increases. Many Catholics pretend he’s not there and (will) just wait until he’s gone.’