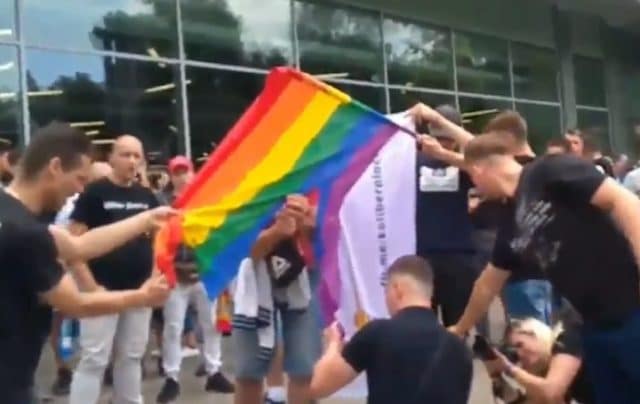 The city of Bialystok, Poland, was having its first Pride celebration on Saturday, and an estimated 1000 supporters marched. But over 4000 far-right counter-protestors showed up, shouting slogans like “God, honor, and motherland” and “Bialystok free of perverts.”

The counter-protestors threw objects at the Pride marchers.