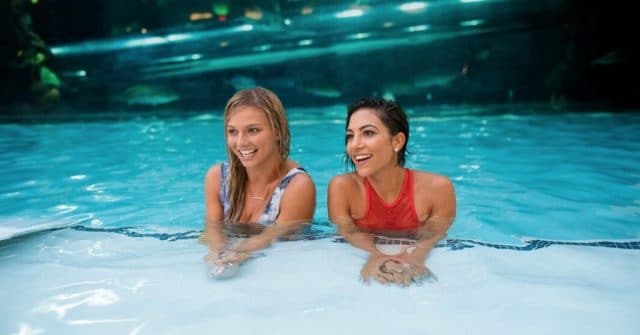 Las Vegas, Nevada has something to offer the entire LGBT+ spectrum, from spectacular concerts and drag shows to inclusive hiking groups and sporting tournaments.

When you think of Las Vegas, the first things that come to mind are the dazzling lights of its world-famous Strip, filled with befeathered showgirls, high-stakes casino floors and—especially in recent years—a pantheon of musicians staging long-running residencies.

But among the glitz, glamour and gambling, Vegas has stealthily become one of the world’s top LGBT-friendly destinations.

The neon-drenched strip is the place to be for world-class performances, regularly playing host to gay icons such as Lady Gaga, Cher and Christina Aguilera.

Away from the main thoroughfare are a dozen or so LGBT+ venues. The city’s so-called Fruit Loop, a short taxi ride from the strip, is a cluster of bars and clubs including the 24-hour Piranha and the long-running Freezone, the city’s unofficial lesbian meeting place.

In the daytime, it’s worth indulging in a spot of Drag Brunch at Senor Frog’s, which serves bottomless cocktails and top queens from RuPaul’s Drag Race every Saturday and Sunday. Prepare to cheer on some of your favorite queens as they lip-sync for their lives.

If daytime drinking isn’t your thing, you can also catch a drag show with dinner at the iconic Hamburger Mary’s, before heading downtown to the historic Fremont Street with its retro signs, street performers and a burgeoning arts scene.

Vegas’ wholesome side can be found in the spectacular sights of the Nevada desert.

Vegas is bordered by the Red Rock Canyon National Conservation Area, filled with dusty mountains and valleys ready to be explored by the more active holidaymaker.

The Hoover Dam is a spectacle to behold (Visit Las Vegas)

The more leisurely traveller can still experience the great outdoors with a visit to the Clark County Wetlands Park.

A 25-minute drive from the strip, it sprawls over 3,000 acres and is filled with turtles, fish and birds. Slightly further out is the Historic Railroad Trail, a scenic 4.4 mile route through five former railroad tunnels drilled in the 1930s to support the building of Hoover Dam.

Beginners and experts alike can experience the Railroad Trail, Red Rock and Mary Jane Falls with PRIDE OUTside, a monthly LGBT+ group hike which is open to all.

Throughout the year Vegas plays host to a series of LGBT+ gatherings and events.

More than 8,000 queer sports fans descend each January for Sin City Classic, the largest LGBT+ sporting event in the world. Founded in 2008 as a softball tournament, the Classic now counts 240 participating teams and 21 other sports including diving, golf, cheer and soccer.

Proud to be in Vegas (Visit Las Vegas)

In May, the trans community and their queer allies unite for the annual Sin City Soiree. Around the same time, Temptation Sundays–the city’s longest-running gay pool party–kicks off at Luxor, running on Sundays through until September.

Bringing the year to a close is Las Vegas Pride, a colourful two-day affair.

This year’s Pride begins on October 11 with a dramatic Night Parade—one of the only late-night parades in the US—and is rounded off with the Las Vegas Pride Family Festival on October 12.