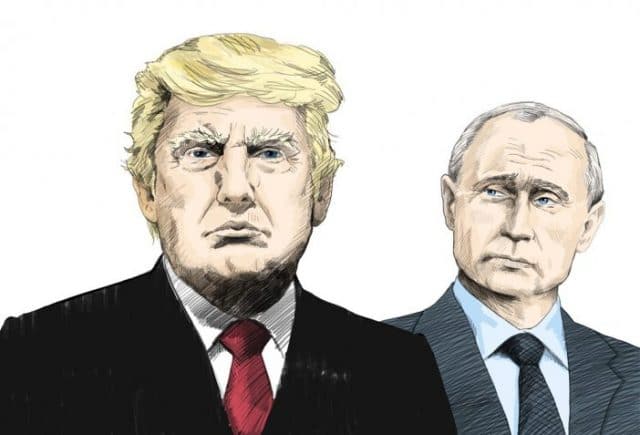 Ahead of a meeting with UK Prime Minister Theresa May at the G20 Summit in Osaka, Russian leader Vladimir Putin decried LGBTQ equality as a sign of the decadence of liberalism.

Speaking with the Financial Times, Putin said that liberalism had become “obsolete.”

“It has come into conflict with the interests of the overwhelming majority of the population,” he said, referring to the rise of ethno-nationalist movements in Europe and the U.S. and the election of Donald Trump as signs of the death of liberalism.

He then got more pointed when he talked about LGBTQ people.

“I am not trying to insult anyone because we have been condemned for our alleged homophobia,” Putin said. “But we have no problem with LGBT persons. God forbid, let them live as they wish.”

“But some things do appear excessive to us. They claim now that children can play five or six gender roles. But this must not be allowed to overshadow the culture, traditions and traditional family values of millions of people making up the core population.”

Russia bans what it calls propaganda for “non-traditional sexual relationships”; that is, speaking out in favor of LGBTQ rights, holding Pride parades, or even publicly saying that gay relationships are worth as much as straight relationships.

While homosexuality is legal in the country, anti-LGBTQ sentiment is rampant and it’s legal to fire people who come out.

“For us in Europe, these are and will remain essential and vibrant values. What I find really obsolete are: authoritarianism, personality cults, the rule of oligarchs. Even if sometimes they may seem effective.”