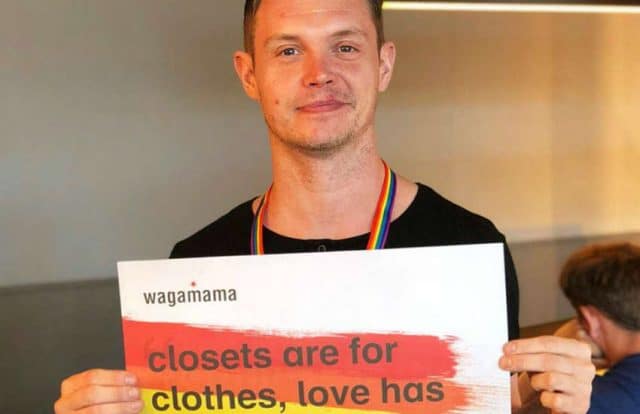 Wagamama announced they will introduce gender-neutral bathrooms in their restaurants to commemorate the first ever London Trans Pride.

The Asian restaurant will role out the bathrooms in at least 40 percent of their UK restaurants. Also, all new branches will have gender-neutral toilets. These will roll out on Saturday 14 September 2019, which coincides with London Trans Pride.

This will benefit 50 Wagamama restaurants. The first branch to incorporate the new toilets will be the Test Kitchen Noodle Lab in London’s LGBTI district, Soho.

Ross Farquhar, the chief marketing officer for Wagamama, said in a statement: ‘Wagamama has always prided itself on being a welcoming space regardless of gender or sexuality, and encouraged our guests and colleagues to be all in and proud of who they are.

‘As the world moves on, and in the spirit of good change (or ‘kaizen’), we have to keep updating what that means for both our colleagues and guests.’

They are also introducing a new mentoring scheme to partner young LGBTI people with other people from the community. They are calling it ‘#allin’.

The ‘speed mentoring’ initiative was developed by Tanya Compas, a caseworker for The Albert Kennedy Trust.

For the first time ever London will .

According to its Facebook event, it ‘centers and celebrates trans people, trans narratives, trans experience[s]’.

‘We deserve our own Pride event, a day to come together and stand in a crowd and feel normal. We hope to make this day special, inclusive, memorable and historical,’ the event reads.

While this is the first trans-specific Pride in the British capital, Brighton has been hosting events since 2013.