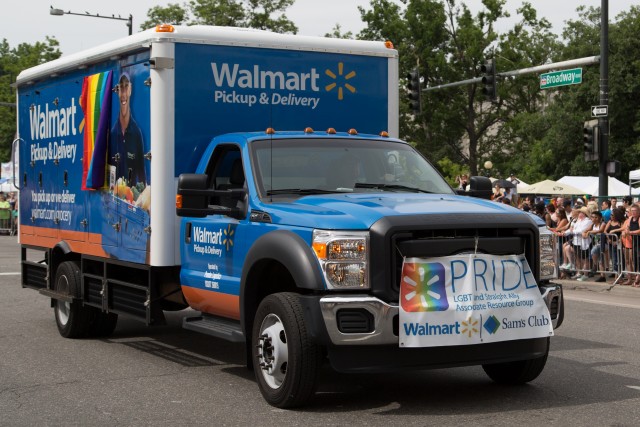 It is a globally spread company and the largest American private employer, but Walmart’s beginnings were not so soft and we can say the same when talking about its “gay agenda”. Founded in 1962, the corporation was granted with some conservatism, which is why its policy regarding some controversial aspects was, let’s say, restrictive and reluctant. The same policy that influenced the refuse to sell music containing explicit material also had a major impact in other issues as well, especially when talking about matters of sexual orientation. Actually, back in the days people belonging to the LGBT community had to “work in the closet” otherwise they could have face discrimination and could have even possibly lost their job. Lesbians and gay males had to pretend to be something that they were not and transgender workers were forced to introduce themselves as the “wrong gender”.

But all of that began to change in 2003 when Walmart first included the sexual orientation matter in its non-discriminatory policy. After that it was just a matter of time until things would change their course completely. Walmart Pride was created in 2005, followed by few bumps in the following years, when it joined the National Gay and Lesbian Chamber of Commerce, only to withdraw after a boycott, as well as facing protests after Mike Duke, the CEO in 2008, opened a petition to prevent gay adoptions. It all changed in 2011, when Walmart further enriched its non-discriminatory policy by adding transgender provisions, followed 3 years later by achieving a 90 out of 100 corporate score in the equality index proposed by the Human Rights Campaign. A major improvement if we consider the 40% score which the company held in 2008. The next step in order for Walmart to score 100 points will be to include transgender health benefits, which means that the company will also need to cover costs regarding “sex reassignment surgeries”.

Only time will tell.