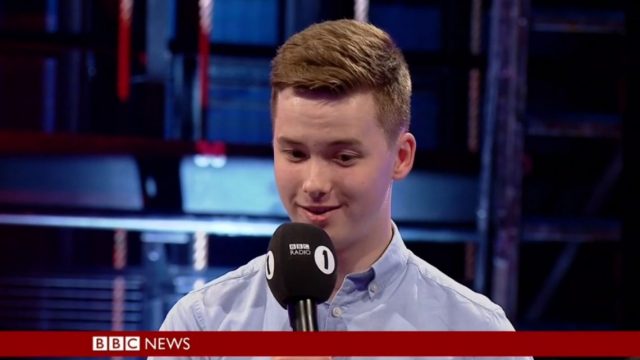 One brave teen decided to take the plunge live on national TV on Tuesday night.

Coming out to friends and family can be one of the hardest decisions LGBT people ever have to face, but one 16-year-old boy has provided a welcome source of inspiration for others after deciding to take the plunge live on national television.

Eighty 16 to 22-year-olds were been invited to share their views as part of BBC Newsbeat’s Generation Misunderstood? programme, which aired on the BBC News channel on Tuesday night.

During a discussion about whether older generations needed to be more accepting when it comes to race, gender and sexuality, one young audience member plucked up the courage to make a life-changing announcement in front of a watching audience of thousands.

Taking the floor, 16-year-old Andy told the studio: “This is actually a really big thing for me, this is the first time I’ve ever admitted it in public. 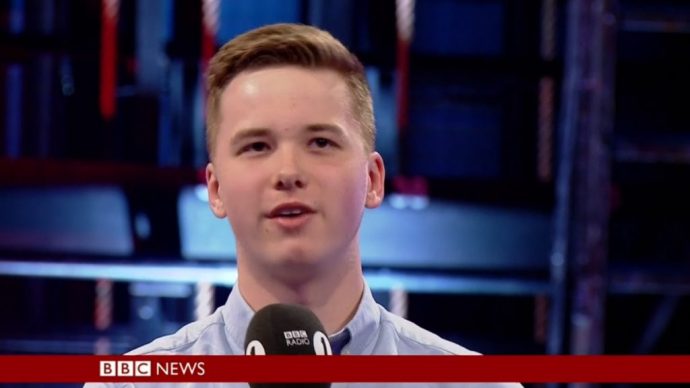 After receiving a supportive round of applause for taking the brave step, Andy launched into a heartfelt speech about the struggles he’d faced because of his sexuality.

“I think it’s been really difficult for me to come out to the stage, especially to people at school because there is so much stereotyping and so many presumptions around it, and people assuming you are a certain way because of how you act or because of who you are attracted to, when in reality it’s something you can’t control,” he said. 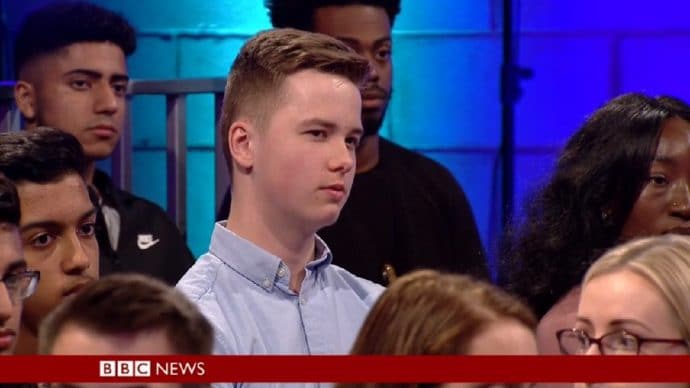 “People treat it like you’re in the wrong, like you’re committing some kind of sin when I’m hard-wired that way, it’s not something I can change.

16-year-old Andy got a massive round of applause for coming out as bisexual on our #GenZ programme. He'd never said it publicly. ????? pic.twitter.com/06a8w5oFA7

“I truly believe it was the way I was born, and I’m sick of people telling other people telling me that I have to be a different way because that’s not the way it should be.”

Asked by host Tina Daheley whether it was really the first time his family and firneds had heard that he was bisexual, Andy quipped: “It’s going to be really awkward when I get home, isn’t it?”

The young student continued: “I think this is the easiest way to do it. Sitting down and having that conversation face-to-face is really difficult, isn’t it?

“I think this is the easiest way for me to explain it, because it is a multi-stage process and it’s taken me years to come to terms with it.

“I think telling other people is a really small part of that.”

He added: “In a way it’s a relief. I’ve been hiding something for years and finally it’s okay.” 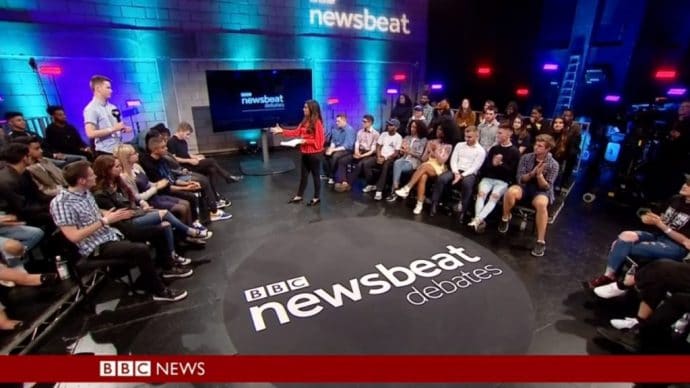 You can watch Newsbeat’s Generation Misunderstood? is available to watch on iPlayer now? 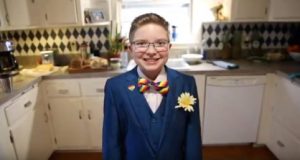 Meet the 11-year-old budding politician who says she’ll be the nation’s...

Nick Gayer
0
11-year-old Ella Briggs is the first out “Kid Governor” of Connecticut and she ran on a pro-LGBTQ platform in the election for fifth graders....