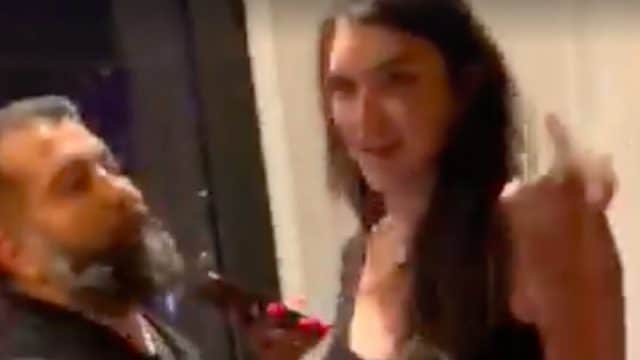 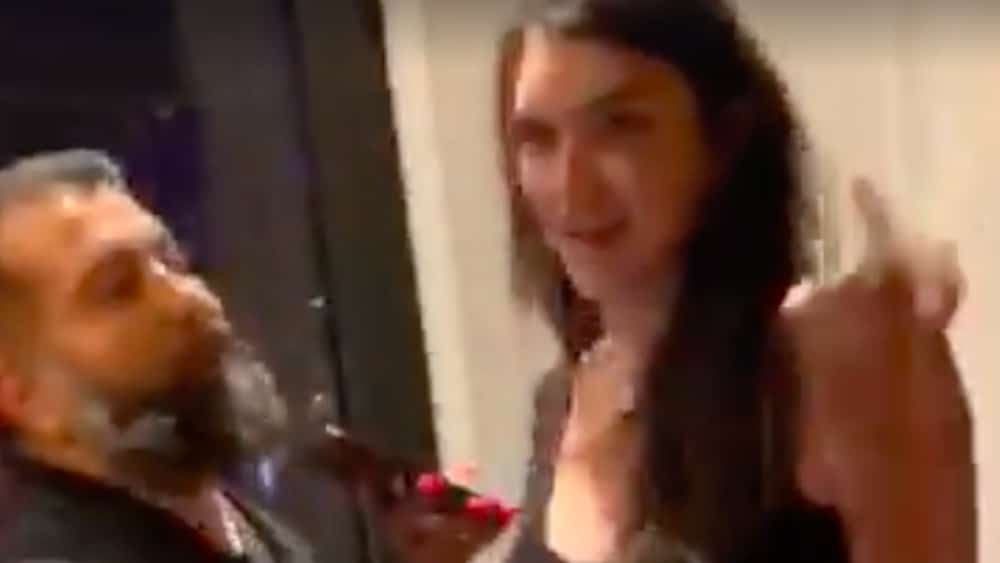 A still from Heredia’s video of his trans friend being ejected and shoved by bar security.

Last night, Dallas, Texas resident Daniel Heredia posted a video showing his trans female friend Blair Jirousek being kicked out of JR’s, one of the largest gay bars on the city’s gay strip, for seemingly no reason.

In a public Facebook post, Heredia wrote that when he, Jirousek and another friend walked up to the bar to order drinks, the bartender (who was also the manager on duty) asked for their IDs and then studied only Jirousek’s intently before handing it back and saying that he wouldn’t serve them.

The group stayed and watched the drag show to support some of the performers, but Heredia says when another friend joined them and later walked over to a different bartender to get a drink, the manager walked over and told the bartender not to serve them because he was socializing with the trans person that he had turned away. Heredia claims the manager then had security throw out the entire group.

Here are videos of the group being kicked out and the security guard shoving Jirousek:

Heredia wrote that the group alerted the police who verified Jirousek’s ID was real. When the police arrived, the bar’s manager allegedly demanded that the cops issue Jirousek a felony “criminal trespassing” citation. While the cops declined the request, they did tell the group that if they tried to enter the bar again, they’d be arrested because the manager of an establishment has the right to refuse service to anyone even without a valid reason.

Heredia concluded, “Transphobia is not okay. This is Pride month and we should be accepting of all genders and sexual preferences, uplifting our community not tearing it down. It’s sad that a place I have grown to love and appreciate is supporting people that have nothing better to do with their time than hate.”

Late years, JR’s kicked out celebrity Tamar Braxton for violating the bar’s dress code when she tried to bring a backpack into the club. The bar has since racked up several negative Facebook reviews for its treatment of Jirousek. We have reached out to the bar for a statement and will update this story when they respond.