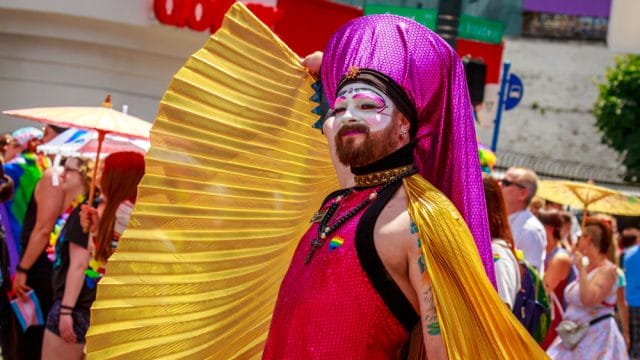 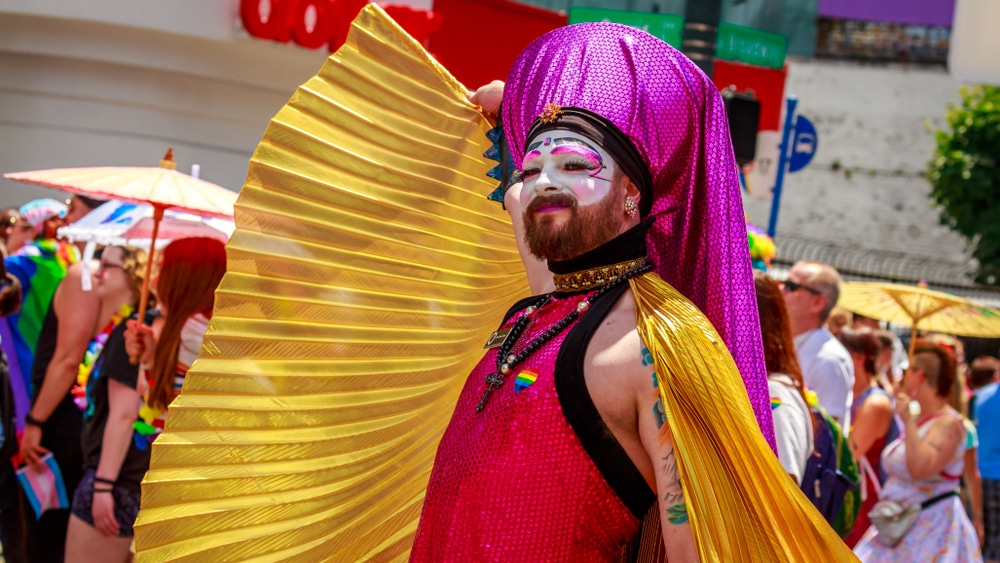 A Sister of Perpetual Indulgence in a Portland, Oregon Pride parade.

On Saturday, the alt-right group the Proud Boys participated in a “Demand Free Speech” rally at Freedom Plaza in the nation’s capital. For the most part, hundreds of local police helped separate the rally attendees and the larger number of anti-fascist counter-protestors attending an #AllOutDC event scheduled for the same time at a nearby location.

After the Proud Boys rally ended, an unknown female speaker grabbed a mic and approached the counter-protestors, trying to provoke them with her speech. But the drag nuns known as the Sisters of Perpetual Indulgence stopped many people from hearing her because they drowned out her speech by using the “fwap” sound of their fans.

The Sisters of Perpetual Indulgence, in case you didn’t know, are an international order of drag nuns dedicated to “to community service, ministry and outreach to those on the edges, and to promoting human rights, respect for diversity and spiritual enlightenment.”

According to their ethos, “The Sisters believe all people have a right to express their unique joy and beauty and use humor and irreverent wit to expose the forces of bigotry, complacency and guilt that chain the human spirit.”

Here are two videos showing the Sisters using their fans to drown out the right-wing agitator:

The Proud Boys rally was allegedly to protest the recent “deplatforming” of right wing figures from social media, including the booting of the Proud Boys and their founder Gavin McInnes from Twitter for violating Twitter’s policy forbidding “violent extremist groups.”

Th0ugh McInnes styles himself as a “get off my lawn” hipster crank who disavows “politically correct” speech, he’s far worse. He has called trans people “gender n*ggers” and “mentally ill gays,” has supported Trump’s trans military ban, has called parental support of trans children “child abuse” and has called Muslims a bunch of interbreeding rapists.