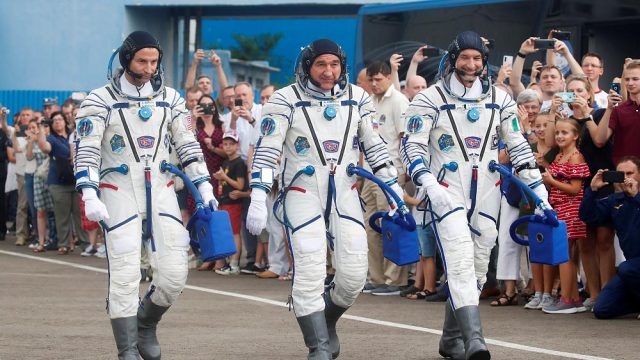 Three new crewmembers will lift off for the International Space Station on the 50th anniversary of the Apollo 11 moon landing.

NASA astronaut Andrew Morgan, Italian astronaut Luca Parmitano from the European Space Agency and Russian cosmonaut Alexander Skvortsov are due to lift off in a Soyuz rocket from the Baikonur Cosmosdrone in Kazakhstan.

You can watch the launch live in the video player above, from 18.20 CEST.

The three crew members are expected to arrive at the ISS at around 11:50pm CEST where they will be welcomed by NASA astronauts Nick Hague and Christina Koch and Russian cosmonaut Alexey Ovchinin who launched in March.

The launch marks 50 years since Neil Armstrong and Buzz Aldrin became the first humans to step on the surface of the moon.