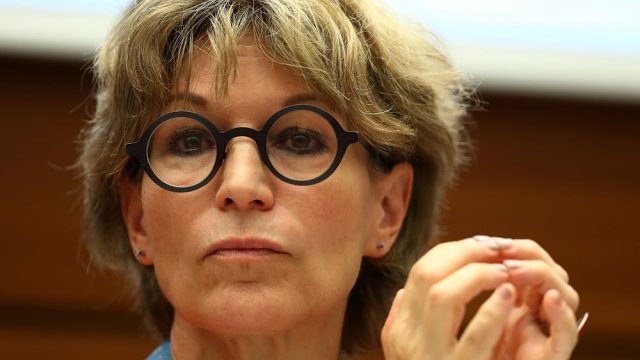 You can watch this event live in the above video player or by clicking on this link.

Agnes Callamard, the United Nations special rapporteur on extra-judicial executions, will on Wednesday present her report on her investigation into the murder of Saudi journalist Jamal Khashoggi.

Callamard is presenting her findings to the UN Human Rights Council, whose 47 member states —including Saudi Arabia — will give their positions on how to proceed.

The rapporteur released her report earlier this month in which she concluded that there is “credible evidence” the upper echelons of the Saudi regime, including Crown Prince Mohammed Bin Salman, were involved.

She called for the launch of an international investigation and said that sanctions on Saudi Arabia should also include “the Crown Prince and his personal assets abroad.”

The country has vehemently denied any involvement and blamed rogue agents.

Khashoggi was last seen entering the Saudi consulate on October 2. He is believed to have been brutally murdered and dismembered there but his remains have not yet been found.