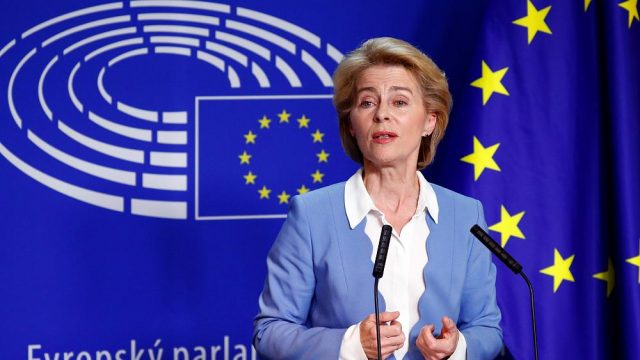 MEPs will decide today whether to approve the appointment of German defence minister Ursula von der Leyen as the next president of the European Commission.

Von der Leyen is expected to address the European Parliament at 9 am CEST, followed by a debate and a secret ballot at 6 pm.

You can watch live in the video player, above.

If MEPs reject her it would signify a big blow for the bloc who has already suffered a significant euro debt crisis in the last decade, Britain’s decision to leave and the rise of far-right parties.

She was nominated for the job by EU leaders even though she was not among the “spitzenkandidaten” — the German word for the lead candidate. In an EU context, it refers to a European political grouping’s preferred candidate to be European Commission president.

She has also promised to create an additional comprehensive European rule-of-law mechanism that includes annual reporting, grow the EU’s border guards earlier than scheduled to deal with the migrant issue, and set a minimum wage for EU workers.