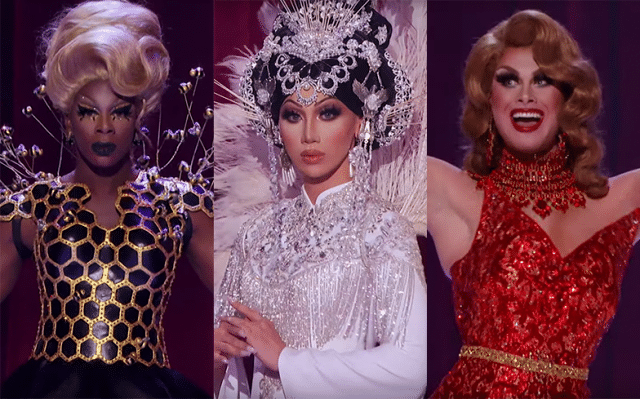 VH1 has unveiled the first three minutes of the highly-anticipated Drag Race season 11 finale, and it showcases the eliminated queens as they sashay down the runway in their most extravagant drag.

The preview cuts off before the top four – A’Keria C. Davenport, Brooke Lynn Hytes, Silky Nutmeg Ganache and Yvie Oddly – enter the main stage, but don’t worry, we have photos of all the queens in their lewks here.

Tonight (30 May), the final four queens will spin the wheel, much like the previous two seasons, to decide who they will lip sync against for a place in the top two. The top two remaining will then face off for the title of America’s Next Drag Superstar.

Will this season’s showdown top Sasha Velour’s rose-petal extravaganza? Or Asia O’Hara’s butterfly fail? Who do you want to see crowned the 15th winner of RuPaul’s Drag Race? A’Keria? Brooke? Silky? Yvie? Let us know in the comments!

Watch the preview for Drag Race’s grand finale below.