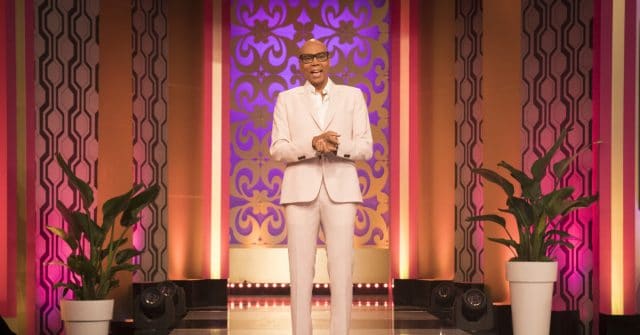 RuPaul has his own talk show and it’s called, well, RuPaul.

That’s right queens—the master of ceremonies on RuPaul’s Drag Race is branching out into daytime television, launching his own talk show to rival the likes of Ellen.

The three-week trial run of RuPaul began on Monday (June 10) and, if successful, RuPaul could become a full-time daytime queen.

Watch the first episode of RuPaul below:

Over the next three weeks, guests on RuPaul will include Adam Rippon, Cory Booker and Billy Eichner. And Visage and Matthews will regularly appear, too.

RuPaul and Visage previously hosted VH1 talk show The RuPaul Show, which aired 100 episodes from 1996 to 1998.

RuPaul recently told The Hollywood Reporter he will feature some of the queens from Drag Race on the new talk show.

“Probably, yeah. It’s all part of the same message. Use the colors, express yourself. You are courageous and you are an example of what is possible,” said Ru.

“That’s the most important aspect of this show. Here I am, I’ve been in show business for along time — even for 11 years before people knew who I was, I was doing talk shows on public access in Atlanta and on stage.

RuPaul is, of course, in high demand at the moment, as he is also set to host a UK version of Drag Race, which launches on BBC Three later this year.