Home Gay Life WATCH: This cute gay couple just got engaged in front of the... 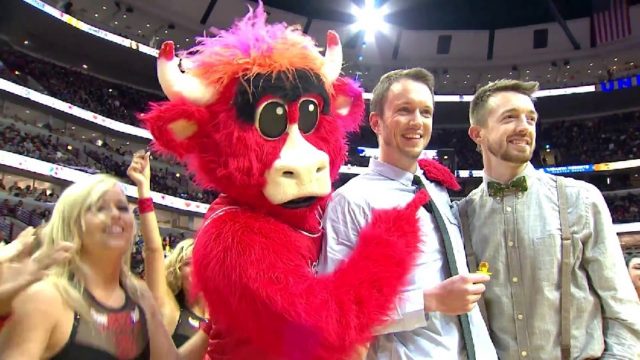 This gay couple became the first to get engaged in front of an NBA match crowd after the Chicago Bulls helped to stage a surprise proposal.

Jake Conrad enlisted the help of the team mascot, Bennie the Bull, and a troop of cheerleaders before popping the question during halftime.

The couple embraced as they were congratulated by the stadium announcer.

It appears the surprise was organised just a couple of days before, when Conrad posted to Facebook: “HELP! Does anyone know ANYONE I can contact at the Chicago Bulls offices?”

The icing on the cake was when the Bulls went on to win the game against the San Antonio Spurs 95-91. 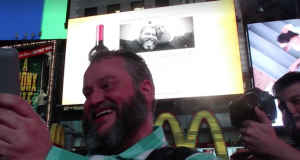 Douglas Langway’s proposal to his boyfriend is admirably over-the-top and cinematic.... 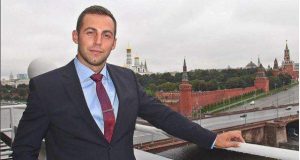 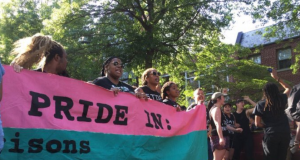 Nick Gayer
0
Capital Pride in DC was disrupted multiple times yesterday by protestors from a group called “No Justice No Pride.” https://twitter.com/GetEQUAL/status/873669034931359745?ref_src=twsrc%5Etfw&ref_url=https%3A%2F%2Fwww.lgbtqnation.com%2F2017%2F06%2Fprotestors-blocked-dcs-pride-parade-rerouted%2F The group’s Facebook page says that...