Home Gay Life We won’t see queer visibility if we don’t ask for it! 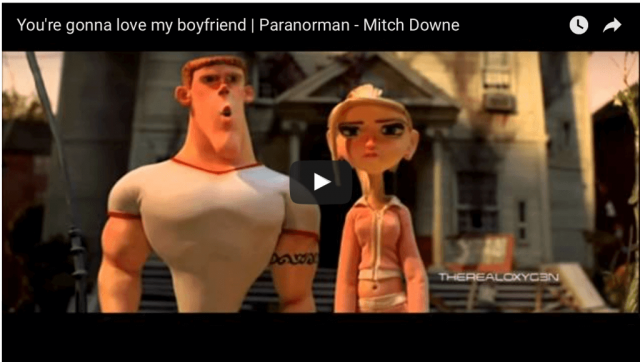 This linked article is a recent Washington Post story by Alyssa Rosenberg, is summarized this way:

Progressives should focus more broadly on who gets to tell stories, and the freedom they have to tell them, rather than getting caught up in narrow battles.

On the surface, this looks like a reasonable statement that many may agree with. But it really is more deceptive than that, and there is one little phrase that gives away a problem: (bolded emphasis is mine)

the freedom they have to tell them

In other words, we ought to allow those in power (and who have agency) to tell stories freely, and if we do, maybe we will end up with stories that provide visibility for LGBTQIA+ persons. Maybe.

When we simply allow those in power to tell stories, we get a straight man like Jared Leto playing a trans woman. The story told isn’t the real story of a trans person, but rather, a manufactured representation that may not map to real lives.

Alyssa Rosenberg’s real problem with fans advocating for queer characters and story lines are these three fear based ideas. She writes:

The quick answer is that I think these campaigns sometimes use the language of identity politics to add heft to what are fundamentally personal preferences. But more broadly, I don’t see campaigning around specific plot developments as particularly effective, and I believe the idea that artists should be answerable to fans could easily be turned against progressives.

…these campaigns sometimes use the language of identity politics to add heft to what are fundamentally personal preferences.

In my opinion, of her three points, this one is most fallacious.  It seems ludicrous to me to deem a desire to see people like oneself on the screen as personal preference.  Indeed the excessive invisibility of queer characters in TV and film leaves real lives and real stories untold, and this desire for a more full range of stories to be told is far from personal preference.  The language of identity politics is exactly the right vocabulary to address these missing stories and characters.

The other part of this is the notion that the personal is political, especially in today’s cultural and political arena. Consider how North Carolina’s HB2 is about restricting the personal right to restroom access. Rosenberg implies that personal preference is a less worthy or less potent rationale for change. It isn’t.

In my opinion, this point has some validity depending upon if we can reach a shared definition of “effective.” Does Hollywood jump and change a character based on ideas raised in the public discourse? Probably not. However the value of the campaign is in the discourse itself and the way that the ideas themselves become manifest. Elsa, may not be given a female romantic interest, but the very act of naming it as a possibility for Elsa to have a same-sex relationship is the birth of an idea and a story in and of itself. Creating the possibility of a queer aspect is every bit as real as a named queer aspect.

Historically, we know Hollywood to be relatively conservative in their willingness to tell new and edgy stories, especially when it comes to LGBTQ characters. We may not see a quick reversal of this practice, but there is a good possibility that the change would be even slower without public pressure for that change.

artists should be answerable to fans could easily be turned against progressives.

The author is really reaching with the his one. Artists are answerable to the fans in the form of the box office or other mode of consumption for their product. This is not a new idea, and that it already happens is a reason why we get the stories that we do. But the fear mongering of this idea is that some persons may demand artists to tell more conservative or less progressive stories.  Like that could be possible. Really.

Every artist or writer already balances their ideas and their vision with what the market will support.  That fans are calling for queer stories and visibly queer characters, is merely the market letting the artists and story tellers know that these stories will be supported.

I actually think that things are already turned against progressives.  Look at how bat shit crazy the far right gets at even the slightest hint of  a non traditional character or relationship. Consider the recent film, Ben Hur, where there could be a queer story line if you believe Gore Vidal,  but it is left out. Or the hullabaloo that exploded when the film ParaNorman included a gay character.

Artists and story tellers will continue to work with the status quo world of Hollywood. We as final consumers can’t know what efforts never get  released or made, but we can keep creating space for queer characters and storylines by we ask for them, even if we don’t get them right away.

Rosenberg names these efforts advocating for queer characters as not being meaningful political activism, and she may be right there. I’d argue that they are valuable cultural activism. That the very act of creating a dialogue about possible scenarios and alternative relationships moves the needle against the status quo and that has benefits, even if it doesn’t get Elsa a girlfriend in the short term.

I don’t disagree with Rosenberg’s statement, “Progressives should focus more broadly on who gets to tell stories.” Of course we should always be pushing to broaden the notion of who can tell stories. But in a real way, having fans call for queer characters and story lines is in and of itself, broadening who can tell stories. Fans and the audience are being participants in story telling and that is both potent and useful in the bigger scheme of things.