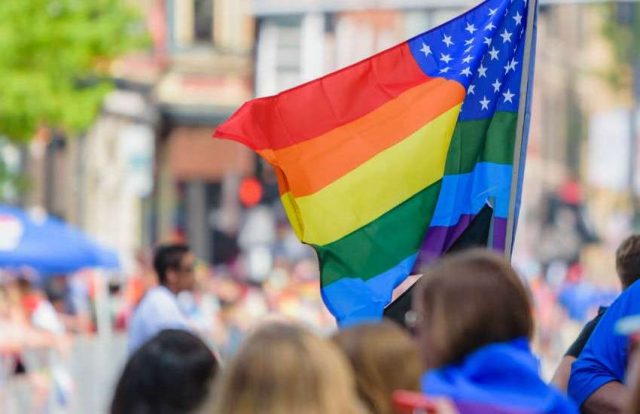 On Friday (17 May) morning, the House of Representatives in the United States Congress passed historic legislation for LGBTI equality.

In a 236-173 vote, mostly along party lines, the Democrat-controlled chamber passed the Equality Act. This bill provides federal protections for LGBTI people on the basis of sexual orientation and gender identity in areas of public life.

While it has an uphill battle to become law — it now faces the Republican-led Senate — activists and organizations are celebrating today’s victory.

As a bill, the Equality Act amends the Civil Rights Act of 1964.

The bill supercedes state law, meaning no one can legally discriminate against LGBTI people, regardless of state laws protecting them or not.

Polling shows a majority of all Americans support these protections.

‘Today’s historic vote is a major milestone for equality and sends a powerful and profound message to LGBTQ people, especially LGBTQ youth, that the US House has their backs,’ said Human Rights Campaign President Chad Griffin.

‘This historic victory would not have been possible without the millions of LGBTQ people and our allies who organized, mobilized and turned out to elect a pro-equality majority in 2018.’

Griffin added the fight isn’t over and efforts ‘won’t slow down’ to put the pressure on the Senate for a vote and to elect a pro-LGBTI president next year.

‘Fairness should never be a partisan political issue, and the Senate should pass this bill without delay,’ added Sarah Kate Ellis, President and CEO of GLAAD.

‘Discrimination against LGBTQ Americans is not only bad for businesses, it is un-American,’ said Erin Uritus, CEO of Out & Equal Workplace Advocates.

Many Representatives from the South, which is made up primarily of red states and where LGBTI Americans report high rates of discrimination, voted in favor of the bill.

Allison Scott, Director of Policy and Programs for the Campaign for Southern Equality, called the vote ‘a reflection of the broad public support for LGBTQ nondiscrimination protections, including majority support in every state in the South‘.

‘It is just wrong that in a majority of states, LGBTQ Americans live without fully-inclusive non-discrimination laws and are not fully protected from being fired, evicted from their home, or denied services simply because of who they are or who they love,’ she said.

Baldwin’s ally and friend, Mark Pocan, is an openly gay Representative of Wisconsin and co-chair of the Congressional LGBT Equality Caucus.

‘The road to equality has been long and filled with hard-fought battles, but we are making remarkable progress,’ he said. ‘While we celebrate this great achievement, we must continue our fight for equal rights for the LGBTQ community.

‘By trying to roll back employment protections and attacking those bravely serving in our military, the Trump Administration has doubled down on its disastrous record on civil rights. The Senate should join the House in supporting this legislation and reaffirm that every American can live a full life with the freedom they deserve.’

Nyle DiMarco on supporting the Equality Act: ‘The government doesn’t protect us’