Home Gay Stars Wentworth Miller On Coming Out: ‘I Did Ir In My Own Way... 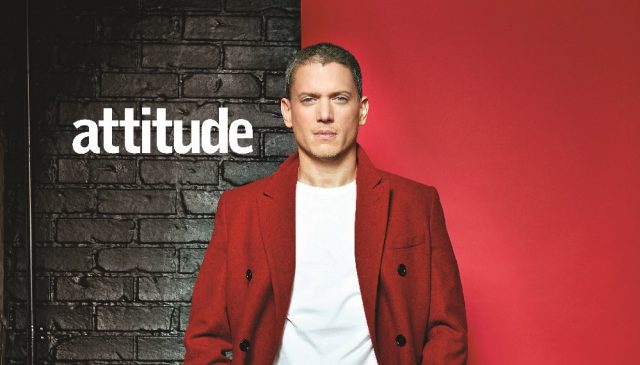 Attitude’s Man of the Year reflects on his own personal journey and why Hollywood has been slow to embrace openly gay leading men.

One of Hollywood’s biggest heartthrobs, Wentworth Miller famously decided to came out publicly in 2013 as a response to Russia’s crackdown on the LGBT community, declining an invitation to be guest of honour at the St Petersburg Film Festival with an open letter that declared he could not “in good conscience participate in a celebratory occasion hosted by a country where people like myself are being systematically denied their basic right to live and love openly”. It was a huge step for the Prison Break star, who had until then made a point of not publicly commenting on rumours surrounding his sexuality. Three years on, the British-born American – and Attitude’s Man of the Year – reflects upon his personal journey towards coming out.

“It was a long road. I did it in my own way. And my own time,” he says. When I was ready: emotionally, mentally, spiritually. When I had a support system in place. I think that’s critical. To lay a solid foundation first and then make the big life decision.”

As one of the world’s most prominent openly gay actors, Miller is in a better position than most to understand the pressure of staying in the closet when faced with the risk-averse, big bucks movie business.

“I don’t think the average exec decides not to hire openly gay actors because they hate gay people. Hollywood is a business. It’s corporate. It’s about profit,” he says.

“And if I’m an exec and I’m trying to please my corporate masters, and guarantee a big opening weekend – and you only get one shot at the box office – and I want to keep a roof over my head and I have to choose between hiring a straight actor for the lead in my movie and an actor who’s openly gay, I’m going to go with straight actor because I don’t want to risk alienating various demographics.”