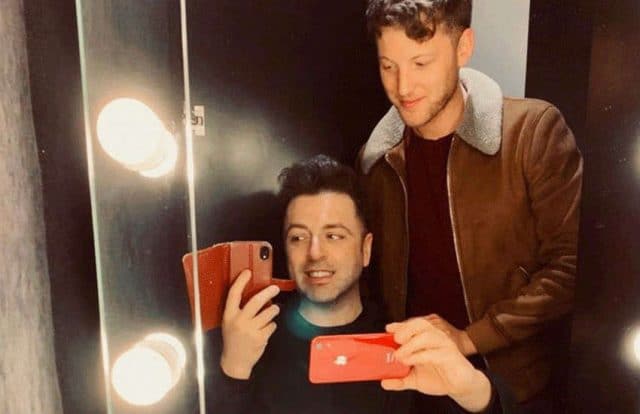 Westlife star Mark Feehily and his fiance Cailean have said they are to become dads for the first time.

The Bop Bop Baby singer and his boyfriend of five years revealed the news today, to coincide with Mark’s birthday.

Sharing a picture of himself, his husband-to-be and a scan of the baby, he wrote: ‘Thanks for all the Birthday wishes everyone!! It really makes this my most special birthday EVER to let everyone know that later this year we will become Dads for the first time.’

He furthermore added: ‘This is the proudest moment of our lives and we are beyond excited to say it out loud! M&Cx.’

They furthermore added: ‘They’ve wanted this for such a long time.’

Mark talked about his desire to become a dad earlier this month, saying: ‘I very much want to be a father and it’s weird because I feel when it does happen I’ll finally be truly fulfilled.’

The singer is best known for his work with boyband Westlife. The guys, who will be going on tour this year, scored hits such as Mandy and also Flying Without Wings.

Mark came out in 2005 in a national newspaper interview.