Home Gay Life What Do You Think of This New Pride Flag Design? 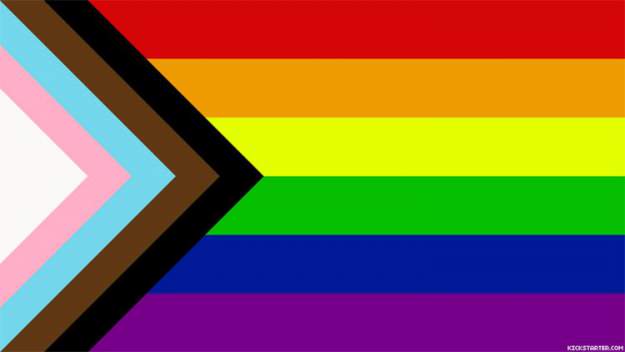 When Gilbert Baker created the iconic Rainbow Flag 40 years ago, he expressed that the design should evolve over time to promote inclusivity and symbolize progress.

In June 2017, Philadelphia unveiled a new design with black and brown stripes added, and public response wasn’t favorable. Many found the design redundant, uninspired… and not aesthetically pleasing.

Now an artist named Daniel Quasar has started a $14,000 Kickstarter to promote a new design. It’s undeniably more creative than the poorly-received Philly take, incorporating the soft pinks and blues from the Transgender Pride Flag, along with the brown and black stripe, in an arrow formation to symbolize progress.

“When the Pride flag was recreated in the last year to include both black/brown stripes as well as the trans stripes included this year, I wanted to see if there could be more emphasis in the design of the flag to give it more meaning,” writes Quasar, who identifies as a “queer, non-binary guy.”

“The initial idea was important because I felt like I could bring something to the table when it came to the way the flag was shifting within the community. I am a designer and I wanted to make a change where I saw there was an opportunity. A positive change, in my mind at least,”

There are many reasons one could argue in favor of the changes made to the flag. Here’s a big one: the 1969 Stonewall riots.

If you were one of the six or seven people who happened to catch the God-awful Roland Emmerich movie Stonewall (it enjoys a 10% on Rotten Tomatoes and grossed a jaw-droppingly abysmal $292,000 worldwide against a $17 million budget) and took is as fact, you might believe the Stonewall riots were started by a smoking hot white boy with a perfect jawline and and eight-pack who threw the “first brick.” But that’s not true. Though there’s no concrete evidence on record, many accounts say the first brick was thrown by a queer woman of color. 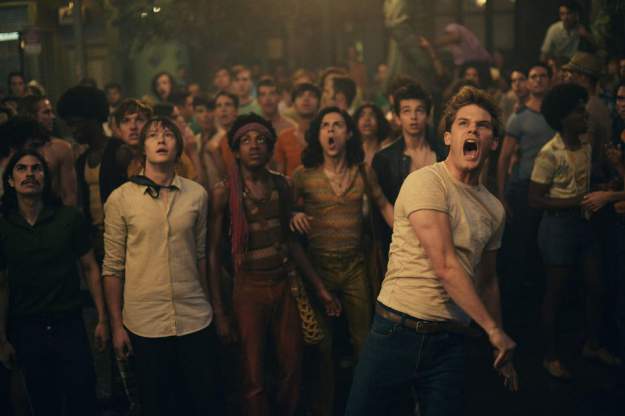 Rev. Irene Monroe witnessed the riots firsthand. “The Stonewall Riot … started on the backs of working-class African American and Latino queers who patronized that bar,” she says. “Those black and brown LGBTQ people are not only absent from the photos of that night but have been bleached from its written history.”

So, what do you think? Is the new design a step forward, or is it unnecessary?