Home Gay Life What next, ban on mum and dad? says Hanson 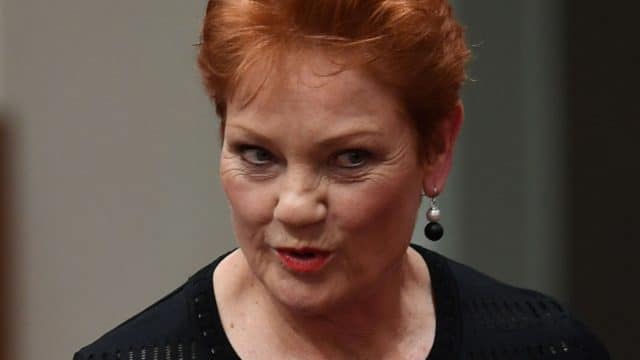 Pauline Hanson has warned legalising same-sex marriage could result in a ban on children calling their parents “mum and dad”.
The One Nation leader has told parliament she will ignore a majority “yes” result of a postal survey on the issue.
“I feel it’s a sham, it’s farcical and it’s a waste of money,” she said of the $122 million ballot.
Senator Hanson also slammed gay couples for trying to “take the word ‘marriage'”.
“Why won’t you try and compromise?” she said.
Senator Hanson warned marriage equality meant school children would be banned from calling their parents “mum and dad” so as not to offend the children of same-sex couples.
She feared anti-vilification laws, which cleared both houses of parliament on Wednesday, would shut down the “no” campaign and free speech.
Earlier senior Labor figure Penny Wong delivered an impassioned speech urging the prime minister to protect children like her own.
“How do you think it feels for children in same-sex families … to be told politely and courteously `Actually you’re not quite normal, your families aren’t as good’?” asked Senator Wong, who is a parent in a same-sex relationship.
The new laws make it an offence to vilify, intimidate or threaten to cause harm to a person on the basis of their sexual orientation, gender identity, intersex status or religious conviction during the survey.
The legislation was introduced on Wednesday morning and passed swiftly after the government and Labor agreed to the temporary safeguards.
Senator Wong lamented that those opposed to gay marriage were using “odd, bizarre and unconnected things” to make their argument.
“They want to talk about our children, they want to talk about – what’s the phrase – `radical gay sex education’.”
The legislation could not protect the LGBTI community from hurt, she said.
Greens senator Janet Rice – who married her transgender wife Penny 30 years ago when she was Peter – said she wanted to be able to hold her partner’s hand in public, the way they used to, without fear of abuse.
“We used to hold hands, we used to kiss in public but over the last 13 years we self-censor,” she told parliament.
Cabinet minister Mathias Cormann said the new laws aimed to add protections to existing safeguards in federal, state and territory legislation.
Conservative crossbencher Cory Bernardi, who also opposed the legislation, warned there would be spurious claims from people claiming to be upset.
“This is essentially 18C on steroids to protect people from being upset,” he said, referring to race hate-speech laws he has fought to scrap.
It was “wholly inappropriate” that Attorney-General George Brandis had responsibility for judging complaints, given he supports marriage equality.
Senator Cormann rejected the argument, insisting the senator’s view did not prevent him doing his job, just as his position as an opponent of marriage equality did not prevent him doing his.
He also rejected claims the new laws would shut down debate and urged “yes” campaigners to empathise with good Australians with strong and sincere views about traditional marriage. 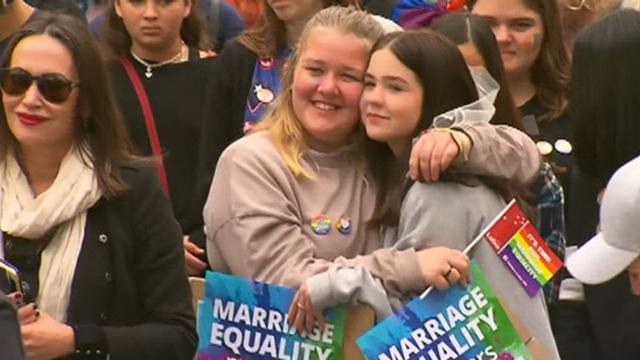 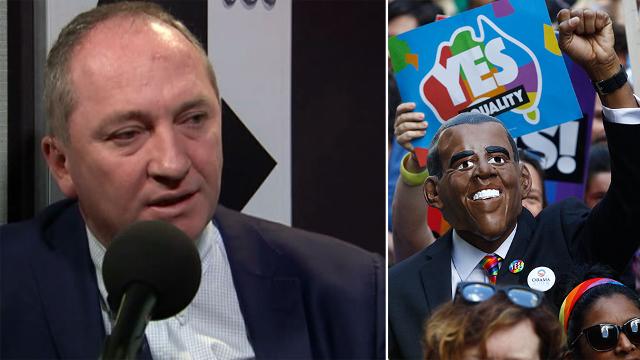