Home Gay Life What will a Trump presidency mean for LGBT+ people? 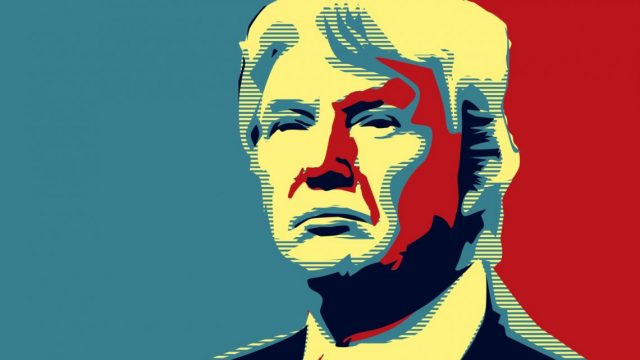 Find out where America’s new President-elect stands on LGBT equality.

The American people have voted for Donald Trump to become the 45th President of the United States.

The conclusion to a campaign that’s been widely regarded as one of the most socially divisive in modern American history is one that few LGBT people and their allies had hoped for, with many newfangled freedoms under threat, and the march towards equality at risk of being halted – or quite possibly reversed.

In the immediate aftermath of this morning’s shock election result, America’s largest LGBT group vowed to redouble their efforts in the fight for equality following the “devastating” result. Those of us who straddle multiple minority identities stand to lose even more, as the most sexist, racist and xenophobic fringes of the political right in America finds itself thrust into not just the mainstream, but to the helm of power.

Compiled from various pledges Trump has made throughout his campaign, below is a list of what the LGBT+ community may soon bare witness expect from his time in office.

Conversion therapy: Trump’s running mate and soon-to-be Vice President Mike Pence hold’s extremely anti-LGBT views, including supporting conversion therapy. A broad term, conversion therapy can include anything from religious exorcism to administering electric shocks to try and “cure” LGBT youth. The widely discredited practice can lead to anxiety, depression and suicide, and is completely ineffective at changing sexual orientation or gender identity. It’s unclear to what extent Trump supports the practice, but with a presidency won in no small part by the evangelical vote, and Mike Pence predicted to take on a major role in domestic policy, it’s not something that can be ruled out.

Anti-LGBT discrimination: Donald Trump has given his support for the ‘First Amendment Defence Act,’ which seeks to legalize discrimination to “protect” people’s “religious freedom” to discriminate against people based on sexual orientation and gender equality.

Supreme Court: Much of the United States’ progress on social equality in recent decades has come courtesy of the nine Supreme Court judges, with the balance between conservative and more liberal members of the bench finely held. Several spots are likely to be freed up by retirements in the next term and Trump has made clear he intends to hand these life-long positions to conservative candidates. This would have a profound bearing on Supreme Court ruling not just for the next four years, but for decades to come.

Transgender equality and healthcare: Trump has expressed support for the anti-trans HB2 law in North Carolina, which makes it illegal for trans people to use the correct bathroom, telling the News and Observer in June that he was “generally… with the state” on the issue. Obamacare was recently expanded to include trans healthcare – Trump wishes to repeal this,

HIV: Before the introduction of Obama’s Affordable Healthcare Act (Obamacare), 24% of HIV+ people had no medical coverage, while many ran into issues securing health insurance because of the virus. Obamacare provided a safety net for all living with HIV – Trump has pledged to repeal it.