Home Gay Life What’s It Like To Be An “Average Looking” Gay Man? 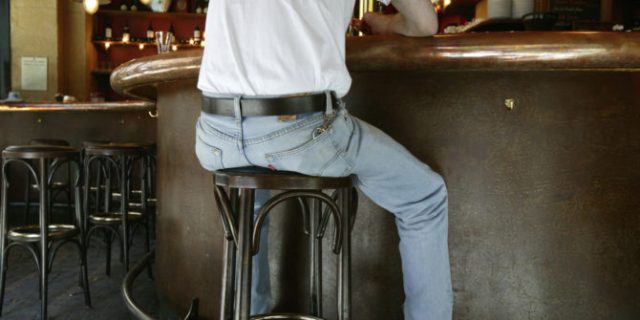 In a new op-ed titled Being Average Looking in the Gay Community, Dupuis writes about the day to day struggles he faces as someone whose physical appearance falls somewhere between “OK” and “nothing special.”

“Being attractive seems to be pretty much a necessity to feel a sense of belonging in the gay community,” Dupuis writes. “Sure, you can go out with friends, travel, experience life, but it can be mentally and emotionally dangerous to travel with more attractive friends when you’ll most likely be the one going home alone as the others pick up a guy or two.”

Dupuis calls never being hit on “a little lonely as well as depressing.”

“Yes, you can exude confidence, socialize, and dance like no other,” he writes, “but that doesn’t seal the deal when looking for someone that is physically attracted to you.”

Not to mention, he adds, “it gets tiring to stand there and be the best self that you can with what you are working with.”

“I was out the other night with friends and I said to the group that I thought one guy was really attractive,” Dupuis recalls. “It turned out I didn’t possess what he was looking for and he ended up being very interested in and flirtatious with one of my good friends.”

It didn’t really bother him though, because, he says, “I’m used to it.”

“I live in one of the gay meccas in the United States,” he continues. “Everyone tells me I should be hooking up every night, week day, weekend, and during brunch. If all I was looking for was a warm hole or to be someone else’s, I guess I could do that. … But I like to be attracted to the guy I’m with and I would like to think he finds me attractive. Quality not quantity.”

Because of this, Dupuis admits he does not have a “successfully notched headboard,” but that’s OK.

“I’ve reverted to not acknowledging the sexual conquests as wonderful successes for they are often too animalistic when and if they ever happen,” he writes, “but I have instead found immense joy when someone that I find attractive tells me that they find me attractive, too.”

That joy, he concludes, “lasts so much longer in my head and in my heart than any joy a hook-up could bring. For those of you that hear that compliment all the time and glaze over it, believe me, it means a great deal to some of us.”