Home Gay Life What’s The Most Homophobic Experience You Faced From Teachers In School? 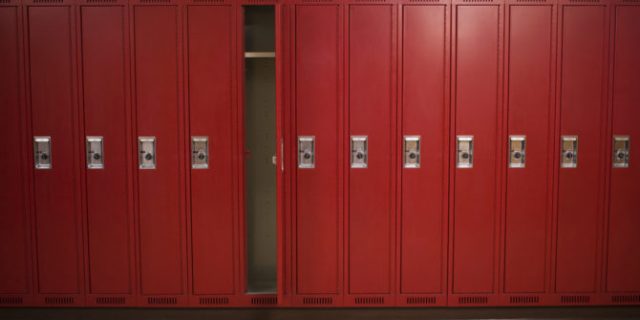 An enlightening Reddit thread asks students for examples of their most homophobic school experiences, and the responses range from chilling to inspiring.

“I remember in the 6th grade my teacher said being gay was disgusting and an abomination,” writes the original poster. “I just want to know how common this is. I’m 21 now but I wonder if it’s still like that in schools or if things are different.”

And in general, yes, things are different — but here and there, little pockets of homophobia remain. Among the responses:

“In high school, (2000 in Houston Texas), my principal wouldn’t let me start a GSA because he “wouldn’t allow a gay dating club on campus”

Uh huh. If only he knew what was going on in the teachers’ break room.

This was at a major university around 20 years ago. My macho chauvinistic spanish teacher had brought his guitar to class and was singing traditional folk songs from Spain, when suddenly he stopped, looked right at me, and said that having the men in the class look at him while he was singing made him uncomfortable, and in Spain that would be something that only homosexuals did. I turned beet red, and was embarrassed in front of my classmates– all for what?! Watching a guy sing! That asshole is still there, and teaching, and I without a doubt should have reported him, but things were a bit different in the mid 90’s.

The correct way to respond, of course, would have been to maintain unbroken eye contact while slowly licking your lips.

My language teacher told us not to say a certain thing/in a certain way if we were guys, because if we did it would be limp wrist motion “like that.”

A teacher of mine, with whom i was close with, saw me crying over something (i dont really remember) in the first grade and said something along the lines of “what are you crying for? You dont want to look gay”This single line had me repress my feelings and made me an asshole to everyone i meet.

And the correct response to this one: look up, tears in yours eyes, and choking back sobs tell him: “at least I don’t look like an asshole like you.”

Not me but a lesbian couple in my school was kicked out of the cafeteria for kissing, this while straight couple were basically fully-fledged making out in the same place.

The girls actually pressed legal charges and the janitor lady who kicked them out had to apologize and i think she got fired. The school also made a rule that couples couldnt kiss on the cafeteria regardless if they’re a straight couple or whatnot.

Well that’s a kind of happy ending? At least everyone is being made unhappy on an equal basis.