Home Gay Life Which City Has The Most Married Gay Couples In It?

Also: How much more do gay male couples make than their straight peers? (Hint: It’s a LOT.)

A new report from the Tax Policy Center reveals which U.S. cities are tops with married same-sex couples.

Perhaps not surprisingly, San Francisco has the highest percentage, with 13,220 (or 1.52%) of all married couples in the city. As NBC News points out, that’s about 12 times the number in Provo, Utah, which ranked at the very bottom of the list. 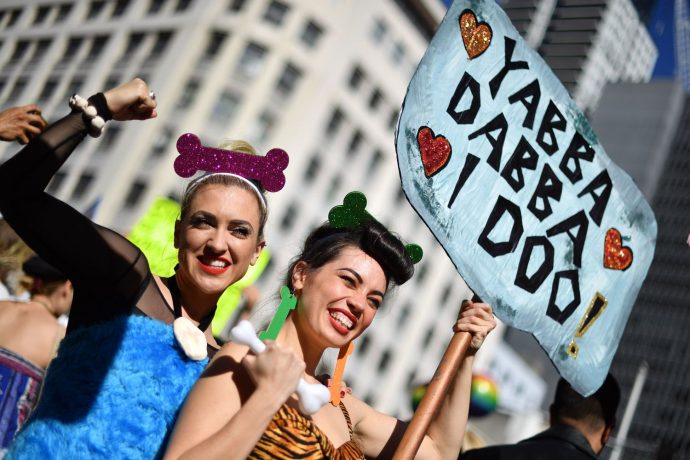 The number two spot was a little less predictable: Santa Rosa, California, with 1,416 married same-sex couples, or 1.25% of all marrieds. Maybe it’s the wine?

State-by-state, all 50 fell short of Washington D.C. which has overwhelmingly the highest percentage of gay couples (4.17%). But Massachusetts and Vermont tie for first place (both 0.99%), far ahead of North Dakota, at the bottom of the list, with just 0.13% of all married couples. 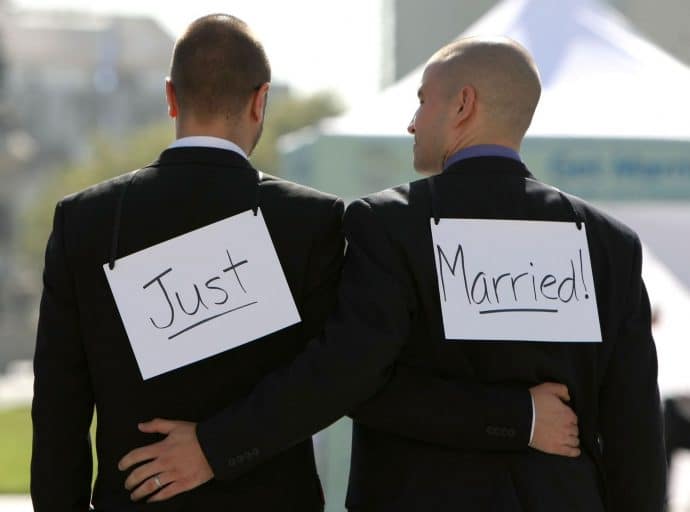 The exact number of same-sex married partners isn’t clear, since the Census Bureau doesn’t accurately record such data. But the center looked at federal tax returns for answers, since about 96% of married couples file jointly. In 2015, the year Obergefel legalized marriage equality nationwide, there were 250,450 same-sex couples who filed joint returns. (That’s about 0.5% of all joint returns.)

In general, same-sex couples are more likely to be of working age and live in major metropolitan areas, where incomes are higher. But male couples made more than 40% more than either straight or lesbian couples. And male couples with children had an average income of $264,000, or more than double that of lesbian and straight parents.