Home Gay Life Which countries are the most and leastgay-friendly in 2018? 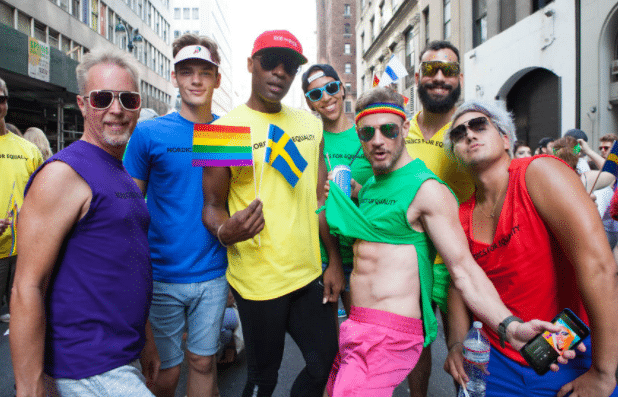 With everything going on in the world, it can be difficult keeping up with all the different LGBTI stances and politics in countries. Especially when traveling.

However, every year Spartacus World releases its Gay Travel Index.

The extensive database ranks every country and territory based on 14 different categories. Depending on how many points they earn, either in the positive or negative, the total determines their place in the ranking.

The index ultimately allows travelers to be aware of situations in any possible destination.

Who topped the rankings? And who faltered?

Canada and Sweden tied for first with 10 points each. They earned no negative marks and each received full marks for the new trans category.

The worst-ranked location is, unsurprisingly, Chechnya with -16 points. Their recent anti-LGBTI violence has led numerous countries, including the UK and US, to condemn them.

Meanwhile, the US dropped five places, going from 34th to 39th. ‘This is mostly due to attempts by the Trump administration to curtail transgender rights in the military,’ the press release explained. ‘As well as repealing anti-discrimination legislation that had been introduced under the previous government.’

Brazil also fared worse than in previous year, ‘due to numerous killings of gays, lesbians and transsexuals’.

However, there are success stories too.

Israel, Colombia, Cuba, and Botswana all improved their rankings.