Home Gay Life Which Queer Eye star just got his own Netflix show? 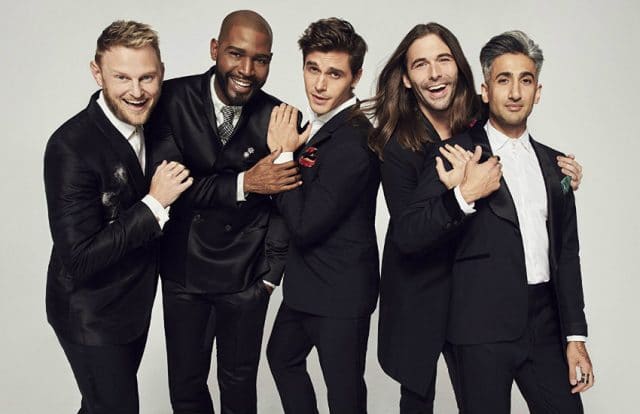 Queer Eye star Tan France has landed a new show on Netlifx, this time without the rest of the Fab Five. Can you believe?

The fashion expert will be teaming up not with Antoni Perowski or Karamo Brown, but instead British designer Alexa Chung.

Chung and France will host Next in Fashion, a new reality series where designers compete to be the next big name to hit the glossy style sections.

‘Next in Fashion begins with eighteen designers who face challenges centring on a different trend or design style that has influenced the way the entire world dresses,’ Netflix explained in a statement.

‘These talented contestants have worked for major brands and dressed A-list celebrities, and will now compete head-to-head to see who has the skill, originality and determination to win the grand prize: $250,000 and an opportunity to debut their collection with luxury fashion retailer Net-a-Porter.’

Moreover, additional cameos (maybe from the rest of the Fab Five?) will be announced.

It’ll see France and Chung set challenges for 18 designer-hopefuls that center on a specific trend or style.

But rather than being new on the scene, these contenders will have worked with major brands and dressed a glittering rolodex of A-list celebrities. All ready and rearing to jumpstart their careers.

The Doncaster, UK-born fashion designer kicked-off his fashion career by working for Zara. Before bouncing to Selfridges on their wholesale business side and ending at Chanel.