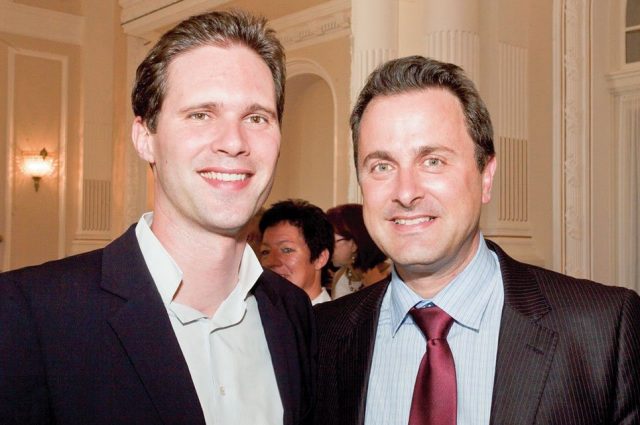 Gauthier Destenay, who is married to Luxembourg PM Xavier Bettel, was not mentioned in the photo’s caption.

The White House has been criticised after omitting the husband of Luxembourg’s Prime Minister from a photo caption.

Gauthier Destenay, the husband of Luxembourg’s Prime Minister Xavier Bettel, posed alongside the wives of world leaders for an historic picture at Royal Castle of Laeken on Thursday night (May 25).

When The White House added the image to their official Facebook account, however, the image did not include Gauthier in the caption – only identifying the women in the picture.

White House official Facebook page does not list First Gentleman of Luxembourg in the caption. He is gay and married to the Prime Minister pic.twitter.com/TB7VhYI0MH

While the mistake was later rectified and Destenay was added to the caption, users were quick to accuse the White House of homophobia.

One commenter wrote: “So wonderful to see a first husband. So sad the White House is either too ignorant or too petty to actually name him.”

The White House did not give an explanation as to why the omission was made, or whether it was simply a mistake.

This administration wouldn't hesitate to wipe us out if they could. (But they can't.) https://t.co/8ZIwVk1mIk

Destenay, a Belgian architect, married Bettel in May 2015, just months after same-sex marriage was legalised in Luxembourg.

Bettel became Luxembourg’s first openly gay Prime Minister when he assumed office in 2013, and is currently the world’s only openly gay leader.