Here come the grooms! The first ever wedding took place at the annual gathering known as White Party in Palm Springs over the weekend. 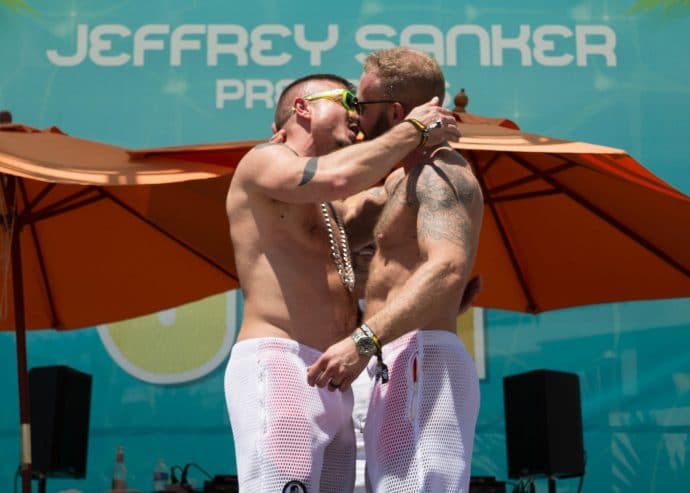 Rossano Milani & Daniele Taddei, who hail from Italy, exchanged vows in front of hundreds of spectators who got to witness the beautiful moment. 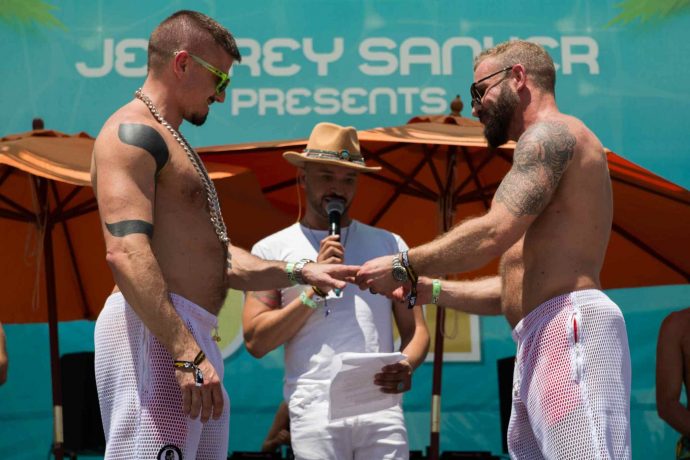 The now married couple traded in the traditional tuxes used at most weddings for something a bit more revealing. They only sported a pair of colorful shorts, shades, and nothing else. The guy who officiated the ceremony was way more dressed up than they were for the big moment. 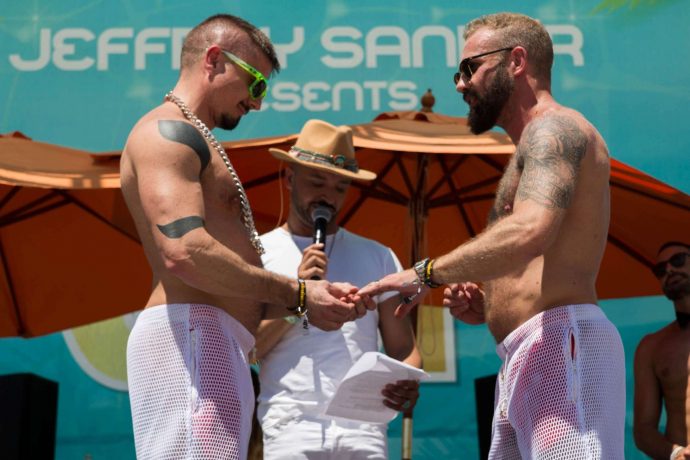 It marks the first time that the White Party Palm Springs has hosted a wedding. The 3-day event, which began on Friday, April 26, is widely considered to be the largest gay dance music festival in the nation. 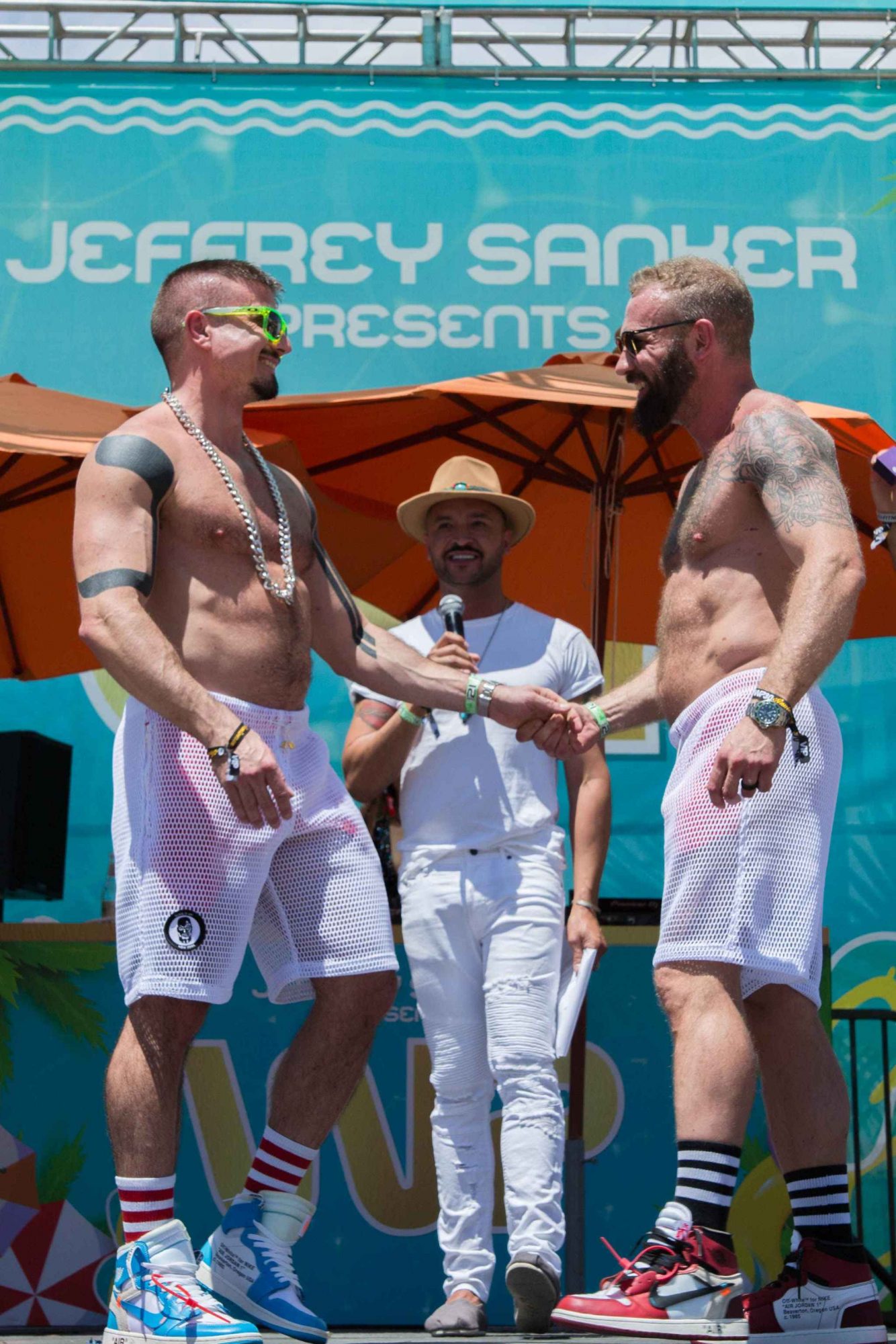 The international and social phenomenon, which just celebrated its 30th anniversary, now attracts more than 30,000 attendees who descend on the sunny area for a ton of fun in the sun.

Congrats to the happy couple!