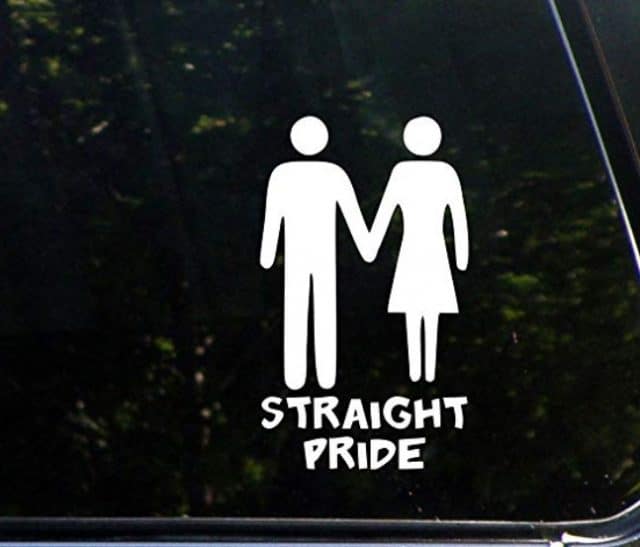 Christian conservatives in a California city are planning a Straight Pride parade.

A flyer being shared on social media by the “National Straight Pride Coalition” is announcing the Stanislaus County Straight Pride Parade/Event in Modesto on August 24.

The group’s website decries the “inherent malevolency/evil of the Homosexual/Sodomy Movement” which is attacking “Western Civilization,” which they define as “West is Best.” They also say that Christianity is under attack by “Humanism/Satanism.”

These ideas – whiteness, heterosexuality, Christianity, and Western Civilization – are described as having an “inherent superiority” and are “under unprecedented, sustained, and coordinated attack within our society, culture, and nation.”

“We hence, appealing to God for all of our needs in this great endeavor, invite all people of good will to join us in defense of our current and future generations in The War which is upon us,” the website says.

The city of Modesto has been asked to provide a permit for their parade, stirring up controversy in the California town.

“We’ve been getting letters, emails, comments, and phone calls all day about it,” council member Kristi Ah You told CBS.

She said that the permit will probably not be granted because the parade would constitute hate speech.

The organizer of the parade, Don Grundmann, said that it’s about fighting their “opponents.” When asked who that was, he said: “anyone that supports the LGBTQ lifestyle.”

“There is no such thing as an LGBT Christian who stays LGBT,” he added.

In Boston, a group associated with white supremacists is also planning a Straight Pride Parade. They say that they want to celebrate “the diverse history, culture, and contributions of the straight community,” something that is difficult in a “heterophobic” culture and in the face of “gay supremacists.”

That group has named internet troll and gay man Milo Yiannopoulos as their parade’s “mascot/grand marshal.”