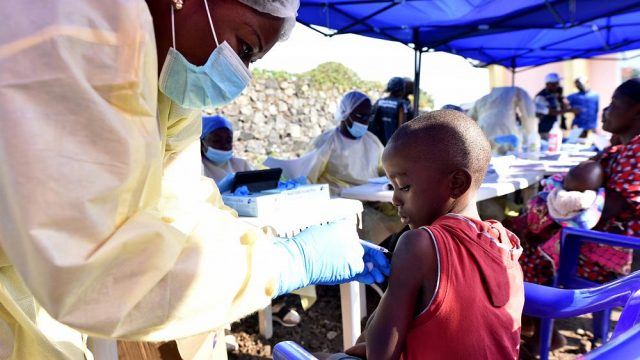 The World Health Organization declared the Ebola outbreak in the Democratic Republic of Congo to be a “public health emergency of international concern”, saying the recent risk of its spread in the city of Goma and into Uganda had increased the threat.

WHO chief Tedros Adhanom Ghebreyesus said he had accepted the recommendations of a committee of international experts which stressed there should be no restrictions on travel or trade and no entry screening of passengers at ports or airports outside the immediate region.

The International Health Regulations Emergency Committee met on Wednesday, a day after the first Ebola patient died in Goma, the largest city in the east of the Democratic Republic of the Congo.

Goma has a population of roughly 1 million and is a transport hub. This has raised fears that the virus could spread more widely in what is already the second deadliest ever Ebola epidemic.

The IHR Emergency Committee stated that no borders should be closed and no restrictions should be imposed on the movement of people or goods as such measures would only encourage informal border crossings.

The committee has encouraged neighbouring countries that may be at a heightened risk, to increase preparedness. They should have a system in place to detect and manage cases, and ensure they don’t spread further, the WHO recommended.

“Countries should continue to map population movements and sociological patterns that can predict risk of disease spread. At-risk countries should put in place approvals for investigational medicines and vaccines as an immediate priority for preparedness,” WHO said.