Home Gay Life Why do 0% of American Muslims identify as gay or lesbian? 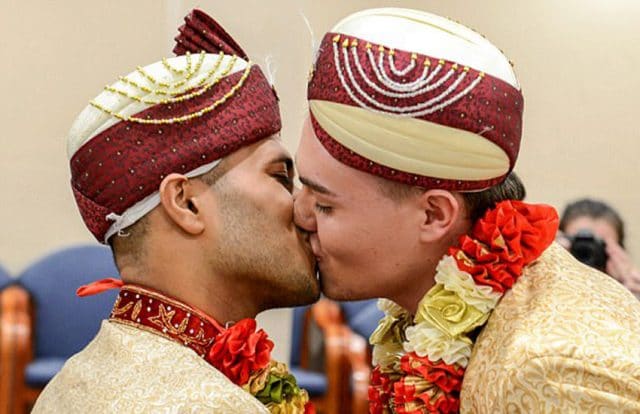 A recent survey has found 0% of American Muslims identify as gay or lesbian.

They found not one identified as gay or lesbian.

Around 4% identified as bisexual and 2% said they were ‘something else’. Another 2% refused to answer the question’.

There are, of course, LGBTI people who identify as Muslim in the United States.

The mosque is intended to be women-centered, anti-racist, LGBTI affirming, and welcoming to many Islamic traditions.

Muslims for Progressive Values have eight ‘inclusive communities’ in the United STates.

Dalia Mogahed, director of research for the Institute for Social Policy and Understanding, said there is a ‘huge division’ right now.

‘There are a lot of  different opinions and, frankly, there is a lack of space to discuss it,’ she said.

‘When you have a community that is so under the microscope and being subjected to litmus tests for civility and tolerance, people become afraid and self-censoring.’

And when asked about the 0% statistic, Mogahed said it can be read a different way.

If 92% of American Muslims identified as straight, she said, then the remaining 8% may be lesbian or gay, even if they’re reluctant say so.

‘The fact that there is a segment of Muslims who identify as something other than straight means that, even though they may not be acting on that inclination or orientation, they have negotiated a space where they can still be Muslim,’ Mogahed said.

‘There is enough space within the theology to be able to do that.’