Home Gay Life Why Do We Stigmatize Gay Sex Workers? | 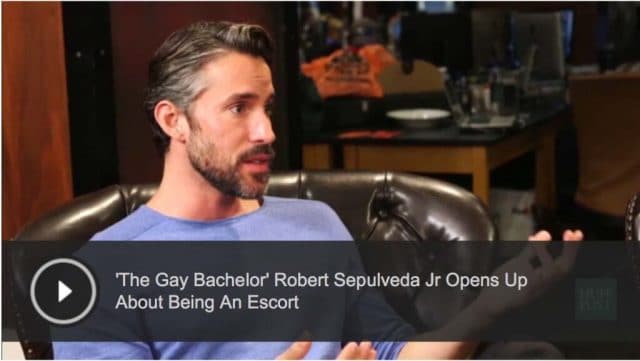 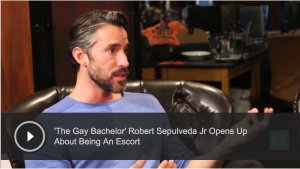 Social Media was ablaze with first rumors, followed by reports that the heart throb behind Logo’s “Meeting Prince Charming,” was a sex worker in the past. The media coverage, including the gay press has been unfortunately pretty negative and stigmatizing, which is surprising for 2016. You would hope we have come a lot further along than that. From Mic:

Gay sites like Unicorn Booty and Next posted pictures of Robert Sepulveda Jr.’s former Rentboy.com profile, along with pictures of his penis, which they took from (extremely NSFW) site Str8UpGayPorn.com.

Next described Sepulveda’s former work on Rentboy.com — which neither he nor Logo has yet to comment on — as a “sordid past.” While that seems like a pretty standard phrase to toss around, “sordid” does actually mean “dirty” and “contemptible.”

Unicorn Booty posted Sepulveda’s nude picture without requiring the reader to click through to the original posting site, doubling down on the idea that a sex worker’s body is up for ogling no matter the venue and no matter if they’re still a sex worker or not.

Noah Michelson who is an editor for Huffington Post did a great live interview with both Lance Bass, the host of the show Robert Sepulveda, the guy who is looking for love, and the interview allows these two guys to be real as opposed to way some news sources are treating this.

I think the way we stigmatize sex workers and guys who have had a past like that is another layer of internalized homophobia.  It is a part of self criticalness that we impose on others and perpetuate ideas about sex as bad. We’ve got to get past that, and this show is just one small part of that process.

I have high hopes for the show. Since marriage equality became the law of the land, ideas about same-sex love, dating, romance and relationships have been evolving. We, as a whole are coming to understand what these things mean and look like, and we don’t have that all figured out yet. My expectation is that this show will model some of that and that will be important.

Who we date, how we date, how we find potential dates… most everything about relationship building is guided by the past as well as what we bring to it. And that is true in the larger meta way as well as in terms of individuals. I have a young friend who (it seems to me) is afraid to start dating someone, unless he is sure it is going to work out– whatever the fuck that is supposed to mean. The whole purpose of dating is to get to know someone and hopefully there is lots of stuff about them, that you only learn through dating. In the bigger broader sense, our community has lacked a courtship structure like the hetero majority. And many of us aren’t sure simply adopting theirs is the right way to go either.

I’ve had one very powerful experience with an escort that I’m really proud of.  I was feeling old, ugly and socially invisible. The time I spent with this guy left me realizing I am alive and valued in a way I hadn’t experienced in a long time. I felt handsome and strong again and ready to be happily engaged in my life in a new way. I paid some money and I received so much more than I imagined was possible. Just the very act of talking about how sexually broken I felt, did so much for me. Then, to have someone see me at my most vulnerable and provide a level of connectedness that helped heal that brokenness was amazing.

I tend to think sex work like this within the gay community is a lot different than sex work in the general hetero community. There is a different power differential, generally speaking– I’d go so far as to say a power sharing that I’m not sure can exist within a male dominated hetero culture.

Sepulveda added that being on “Finding Prince Charming” has helped him deal with negative feelings of some of his past experiences.