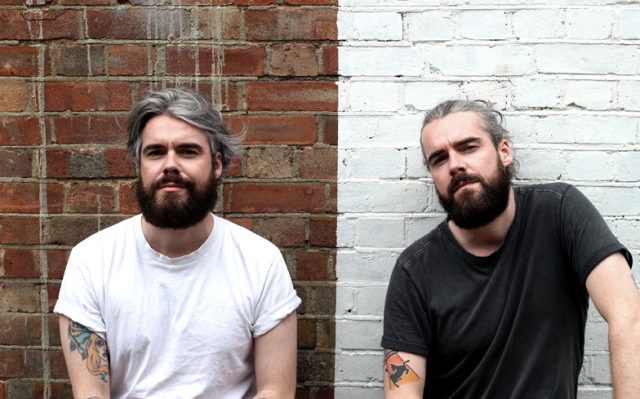 My name is Gary I’m 34, I am an entrepreneur, a homosexual and a homophobe.

When people find out I am gay, I often get asked the same question, ‘How long have you been gay for?’ And I wonder, are they asking about when I realised I was attracted to the same sex? Or when I actually came out?

Or, is less delicate than that? Maybe their asking when I decided? Or was I born gay? Can you really be born a gayby? I don’t even remember being born my gender let alone my sexuality. I was an raised an 80s child, 90s teen, in Belfast when there was still a divide between Catholics and Protestants, and the only thing the two religions had in common was hating homosexuals. I doubt anyone reading this would deny having some sort of childhood experience that hasn’t effected their adult life — for me it was homophobia. I remember being 17 and being locked in to a gay club (yes that was breaking the law, but not the first or last time) with blacked out windows because there were people waiting outside to beat up the gays. To this day, that moment has stuck with me – as has being called bent, a bastard, shit pusher, etc. In school, I was brought up in a world where homosexuality was not only frowned upon, but ridiculed. I remember being in a high school locker room and being told I was gay while being flashed at. I remember it clearly as back then I didn’t know what I liked, but I knew that I shouldn’t want to like that waving penis.

But guess what? I loved it.

Present day, I now live in London, run a successful business, and after 8 years of being single, I now have an amazing boyfriend who I’m in love with, but I still feel those events from the past have had a lasting effect on me.

For example; I was watching a film with my boyfriend a few weeks ago, and in it, there was a story line that featured a gay guy. In one scene he had met and fell for another guy, and like the start of all love stories there was the inevitable kiss, when it happened my boyfriend and I simultaneously let out a screech, “eeeeeeuuuuggghhhh – two men kissing? Gross!”

Is this deep rooted forced sexual preference still affecting me after 20 years?

Why do I feel this way? I accepted being gay and came out when I was 16, I’ve never denied my sexuality, but I still have an issue with on screen boy on boy action. Is this deep rooted forced sexual preference still affecting me after 20 years?

I’ve lived all over the UK, including Brighton — one of the most accepting cities in the world. But when I see two men kissing in public, I’m suddenly alert.

Anytime I meet my boyfriend in public I would cringe at the act of kissing him, even if it’s just a peck, because I feel other people would look on as I would. I much prefer a manly hug so as not to arouse any suspicions, and I’m of the belief it’s much better to save your affections for the bedroom.

Is this because I’m afraid of gay people?

When I came out, I hit the scene hard, and fitted into a stereotype where I didn’t belong. I wore tank tops, acted up my gay side, and did drag. Looking back on it, I know now that all these things that aren’t me. A few years later, when I became more sure of myself, I realised I wasn’t a camp guy, or muscle queen, or liked dancing to the same music as many other people in the gay clubs. I realised that I wasn’t being true to myself. I felt uncomfortable with the ‘meat market’ aspect of gay clubs – it seemed to me that there was more focus on who you were going home with.

I have been interviewed recently about how homophobia has affected me – and I gave a very honest answer, ‘It didn’t affect me at all’. I am my own person, and I don’t see myself as a gay man – I see myself as a man who happens to be gay. So to recently discover I feel homophobia, towards other people of the same sexual preference as me, I find the concept pretty confusing.

Although I came out over 18 years ago, I still feel that I haven’t 100% accepted my sexuality – probably because others don’t – but until I can start kissing my boyfriend in public and stop cringing at other people kissing each other, then how can I expect others to accept that?

When I was growing up, the best representation of gays on TV were Julian Clary, and Dale Winton, they were the only out people to aspire to – and they weren’t exactly who I wanted to look up to. But in todays society you have athletes, musicians, artists and politicians who are out and open, so I only hope that as our younger generations grow they wont be attached with this stigma. Because it affects us inside and outside of out gay circle.

Am I happy in my sexuality? Yes. If I could shake a magic wand and make myself straight tomorrow would I? Yes. Am I happy about that? NO.

But until the day the game of life accepts that all sexualities are genuine and equal, then I would rather choose the easy level.