Home Gay Life Why in 2019 are we still categorising people? How rejecting labels set... 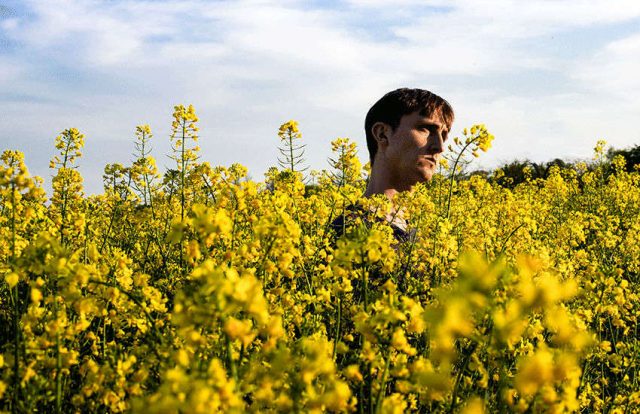 Heterosexual, masculine, self-assured. I accepted someone else’s labels growing up. But I have certainly changed since then.

I grew up in Kent, where we have arguably some of the most beautiful countryside in the UK. Yet not all of my childhood memories include that natural beauty.

Instead, I remember hiding my identity, afraid of what people would label me as. I hid my true self.

Faking my emotions came naturally. I could be happy on the exterior, but on the inside be feeling lost, desperate for acceptance and confused about who I really was.

For so many years I chose to act like someone I thought other’s wanted me to be. I craved normality, instead of embracing my individuality. I became an expert at being someone else.

It got to a point where I couldn’t recognise where the labels ended, and my true identity rose. Did I even have a true identity? I was given labels, but then I also felt others emerge from me that I wanted to hide.

Then, I came out very slowly. Only telling a select few. And usually as an emotional drunken mess. I had planned to move to Australia for a year and shortly before my departure, I finally told my parents that I was gay. Bon voyage! A weight lifted off my shoulders, and thrown onto them.

My parents responded in the best way that they could. It came at them unexpectedly. It was difficult for them to get to grips with the fact that perhaps they had never fully known their son for who he is. They tried their best and I’m grateful for that.

What happens when you spend most of your life repressing your sexuality or forcing false labels onto yourself? You can visualise this false identity like blowing up a balloon. Eventually the pressure is going to become too much and the balloon will burst.

That’s what happened to me like it does to many of us. I dove head first into a dark world of hedonism, filled with too much partying, drinking and drugs. I wanted to float away.

When I returned, there were ups and downs but eventually they came to accept me. I’m very lucky in that sense, since I know so many of us get pushed away, or worse, by the people around us.

Why does difference matter, and why does a label change who you are so dramatically? Why is it not about the person rather than the sex, the gender, or the race?

I wasn’t able to accept myself, because I was never taught how. Although I had come out to everyone in my life, I still didn’t know what that really meant or how to handle it. I thought that I was now free, open and able to be who I really wanted to be. But that wasn’t the case.

Everyone told me they accepted me but I didn’t feel acceptance. I still tiptoed around my friends and family, never wanting to upset or startle. I was still wrapped up in the idea that “I’m gay,” therefore ‘I’m different.’

That’s how my first single, ‘I AM’ was born. After spending my whole life hiding from who I am, I became bitter at the world for making me this way. Angry at anyone for making me feel like I wasn’t good enough. Sad that I might never love myself. Lyrics from my song include:

‘Garden of England,
Garden way of thinking,
City living grew on me,
Fell brown like a leaf on a tree,
I fell intrinsically.’

But what if the label of being ‘queer’ or ‘gay’ didn’t even exist? What if we saw people as individuals, rather than the labels that surround them? Why do we need labels?

Tall. Short. Skinny. Overweight. The sum of all of our labels does not make a whole.

By removing the labels that were given to me or self-induced, I’ve finally started to see myself for who I really am. It was like I had cleaned off a mirror and I could finally see my own reflection in the glass.

I may have felt caged by my labels, but that doesn’t always need to be the case. We shouldn’t need labels but they can also provide a sense of strong community, knowing that there are others who wear the same.

So many LGBTQ+ people fought for the right for equality who should never be forgotten. I wear this label (LGBTQ+) with pride, not only out of respect for them, but also to remember that the fight for equality is far from over.

In 2019, we’ve come so far. But not far enough. ‘I AM’ is for the people who are forced to be something they don’t want to be, whether by themselves or others. And I want it to be an anthem to inspire people to live their truth.

Sometimes I still look back over my shoulder and I see a little boy that spent his life forcing himself into a mould and I wrote this song for that boy.

Words by Vaughan. Listen to ‘I AM’ from Vaughan on all streaming platforms including . More info on his .