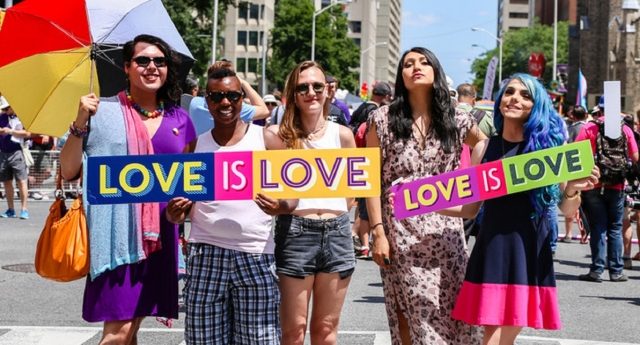 On National Coming Out Day, Lancaster University health professor Elizabeth McDermott looks at why it’s often still so difficult to be out and proud.

A few months ago, I interviewed a 19-year-old bisexual woman and asked her why she had found it so difficult to “come out”.

She replied: “I just had hate coming at me from all sides”.

It may seem odd that a young woman living in the UK has experienced hostility because of her sexual orientation.

The UK has made many legislative changes to promote lesbian, gay, bisexual and trans (LGBT) equality – such as anti-discrimination laws and same-sex marriage. But although laws have changed, negative attitudes to LGBT people unfortunately still exist.

Hate crime towards LGBT people remains a persistent problem in the UK. And new figures compiled by Galop – a LGBT anti-violence charity – show that homophobic attacks have increased 147% in the three months after the Brexit vote.

Which suggests the rise in hate crime seen after the EU referendum wasn’t just confined to racism or Islamophobia.

Part of the problem is that we live in a world where everyone is presumed to be heterosexual/straight – and as a society we still like to think that everyone fits comfortably into a male or female gender category.

But the reality is clearly quite different – with a recent survey revealing that 49% of people aged between 18 and 24 identify as something other than 100% heterosexual.

But although the number of people identifying as something other than totally heterosexual is on the rise, it is still difficult for many people to identify fully as LGBT.

This is because on top of the potential hostility an LGBT person might face, they also have to work out when the right time might be to tell someone they are not heterosexual or that they have a different gender. And this can mean that coming out is not a one time only event.

So whether it’s disclosing your sexuality to colleagues at a new workplace, explaining to a school that your daughter has two dads, or talking to your son about how his mum was born a man, coming out can often be a regular exercise for many LGBT people.

Research shows that coming out about sexual orientation and gender identity makes a huge difference to LGBT people’s ability to lead happy, open and fulfilling lives.

In a research interview, Lex, who was 25 and genderqueer, explained to me how attending a LGBT youth group helped her come out:

It really took away the feeling of isolation and enabled me to get a core group of friends who understood me. It meant I was able to access other LGBT services. And we were able to grow in confidence both in terms of feeling accepted and in accepting ourselves.

On the flip side there are tremendous negative impacts on LGBT people when they cannot be open about their sexual orientation or trans identity.

Research shows that the inability to disclose sexual or gender identity, and the stress related to decisions about coming out, is also consistently linked with suicide and depression in LGBT people.

A recent study in England, funded by the Department of Health, investigated the high risk of suicide in young LGBT people (aged 16-25).

The researchers found that 25% of people did not ask for help when they were suicidal because they were hiding their sexual orientation and/or gender identity.

But this isn’t something that just impacts young people – because hiding your sexual orientation or gender identity can have negative impacts throughout your whole life.

Two studies funded by Marie Curie found that many older LGBT people have significant fears about palliative and end of life care services – because they are LGBT.

Respondents said they were concerned that service providers and health and social care professionals will be indifferent to their sexuality and gender identity, even actively hostile. But despite the difficulties still experienced by many LGBT people, things are changing.

Official government statistics show that nearly twice as many young people identify as LGBTthan those over 25 years old. And a new study has found that more millennials are identifying as LGBT than any other age group – and it is hoped that new generations will only continue to get more progressive.

Because with more people identifying as LGBT and being open about their sexuality and gender, as well as increased awareness, it may be that at some point in the future, coming out might well become a thing of the past.

And one day people might not need to come out at all, because all sexualities and genders will be celebrated as natural and normal.