Home Gay Life Wife To Bi Husband: ‘What Are You Talking About? We Have A... 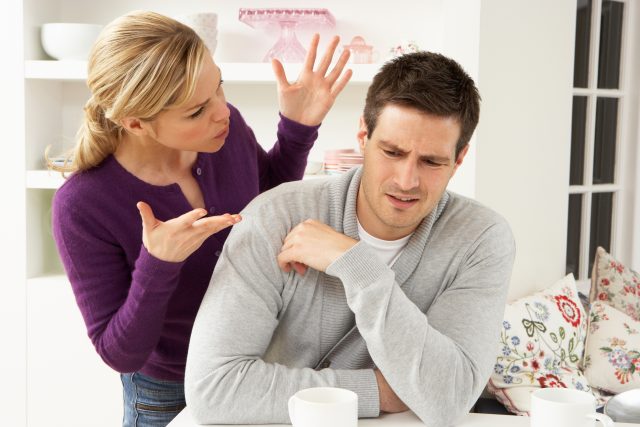 A woman in her mid-30s says she was completely “devastated” when her husband recently told her he was bisexual.

“I stopped dead in my tracks and screamed: ‘What on Earth are you talking about? We have been married for 15 years; we have a mortgage and a dog together!’” the woman recounts in a letter to advice columnist Just Jane.

Since the blow out, the woman says her husband has been “hiding out in a boutique hotel and insisting that our marriage is dead because he’s been living a lie.”

She continues, “He says he only married me because his family was putting pressure on him to settle down. He and I were working for the same firm when we met. And he knew that I was vulnerable, having just been jilted by my childhood sweetheart.”

A “whirlwind romance” ensued, followed by a “quick wedding,” which the woman now believes “wasn’t anything to do with passion on his part; it was in order to please his elderly parents–and inherit their house and wealth.”

Oh, but it gets worse.

Because when she started pressuring her husband for children, he refused, saying he was “desperate to keep me all to himself. ”But now she knows otherwise: “It was because he is a bisexual man who prefers much younger male and female lovers!”

“Now all of his relatives are dead and he’s living the life he always intended to live,” she babbles on. “He’s getting off with all sorts of people and painting the whole capital red. He’s nothing but a big. Fat. TART!”

And now, to add insult to injury, she says, “I’ve just had a letter from his solicitor pushing for a divorce.”

“How am I ever going to be able to trust anyone again when I didn’t even see this coming?” she wonders.

Gee, we can’t imagine why this man wouldn’t want to be married to someone so charming and emotionally stable.

In her response, Just Jane gets right down to business.

“Stop beating yourself up about this,” she writes, which is really just a polite way of saying, “Get a fucking hold of yourself!”

Jane agrees that what the husband has done is “cold and calculating,” but encourages the wife let it go.

“How could you possibly have known what was really in his head and his heart?” she asks. “You may have married him, but you’re not a mind reader. What you have to accept now is that you were duped by a very determined, single-minded individual.”

“Use your anger in a good way,” she advises. “Turn your energy around and tell his solicitor that you’re more than happy to facilitate a quickie divorce. Then make a wish list of all the things thatyou’d like to achieve and go for it.”

“Be honest with family and friends,” she continues. “Tell them that he was not the man you thought you married, [and] take that wisdom with you into your future relationships.”

We’d like to add that she may want to take a chill pill into her future as well.