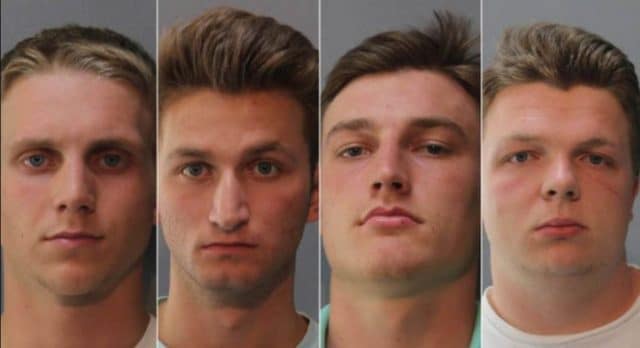 Four Maryland teens who defaced their high school with anti-Semitic, homophobic and racist slurs were arrested after it was discovered that their phones automatically connected to the school’s wireless network, reports The Wahington Post.

The students, who used their T-shirts to hide their faces during the crime, claim that they only intended to paint “Class of 2018” in the school, but instead spray-painted racist, homophobic, and anti-semitic slurs, as well as penises, swastikas, and other images on the walls and sidewalks of the school.

Shaffer reportedly tagged “BURTON IS A N****R,” referring to the school’s Principal David Burton who is black. 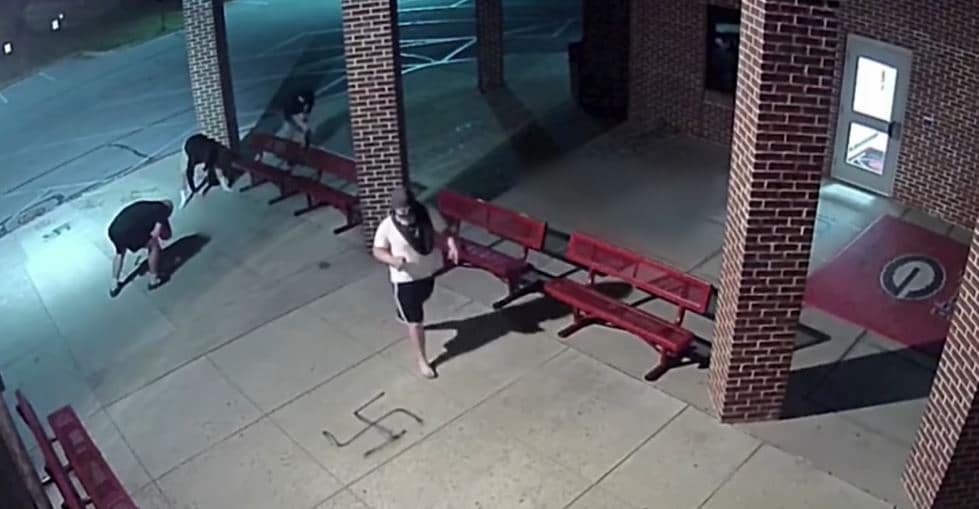 Over 50 swastikas, racial epithets, and other repugnant words were spray-painted on the school’s parking lot, sidewalks and exterior walls, according to The Baltimore Sun.

“This was something that was 50 separate acts of hate, you have anti-Semitic graffiti, you have racist graffiti, racist graffiti that targeted Principal Burton by name, you have homophobic references that were made,” State’s Attorney Rich Gibson said in a press conference. “This is an act of violence that rips the fabric of our community.”

“It was the worst decision I have ever made in my entire life. What I did there keeps me up at night,” Taylor said during his sentencing. “I have worked hard since that day to show my family, my school, my community and Principal Burton how sorry I am.” All four teens were indicted last July and sentenced between March and April, with consecutive weekend jail sentences, potential three-year probation, and trips to the Holocaust Museum. Some like Taylor met with an African American and took part in diversity training with an African American counselor.

The four teens were sentenced to probation, community service, and between nine and eighteen weekends in jail each.