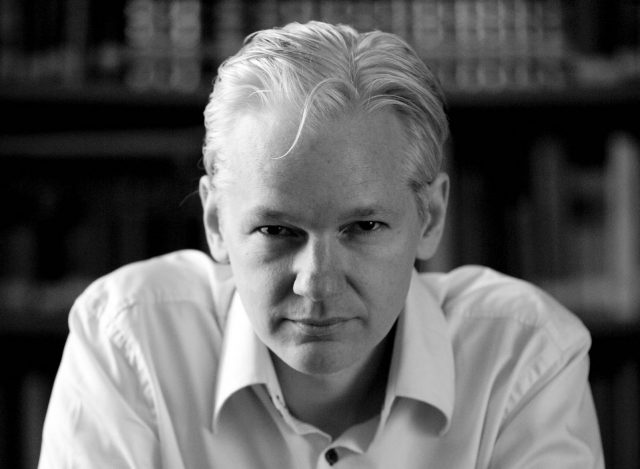 Earlier this year, Saudi Arabian prosecutors made a serious push to make demonstrating homosexuality in public or on social media punishable by death.

To this day, those found guilty of sodomy run the risk of being sentenced to years of imprisonment, stiff fines, corporal punishment in the form of beatings, floggings, and lashings, and, in the most extreme cases, public execution.

A man was arrested in March simply for raising a rainbow flag outside his home. There have been roughly “50 cases of cross-dressers” and “35 cases of homosexuality” in Saudi Arabia in the last eight or nine months, according to The Daily Express and Saudi newspaper Okaz. In 2014, a Saudi Arabian man who tried to find dates on Twitter was sentenced to three years of detention and 450 lashes for “promoting the vice and practice of homosexuality.”

That’s why notorious whistleblowing organization Wikileaks is coming under considerable fire for their most recent data dump, which exposes the personal details of thousands of Saudi people, including rape victims, people with HIV, men convicted of gay sex, and men detained for “sexual deviation.” Much of the information is highly sensitive, including details of cases where men were either tortured or sexually abused by their employers.

Wikileaks publisher Julian Assange had this to say about the dump:

“The Saudi Cables lift the lid on an increasingly erratic and secretive dictatorship that has not only celebrated its 100th beheading this year, but which has also become a menace to its neighbors and itself.”

“They published everything,” a Saudi man told The Associated Press, traumatized by the fact that Wikileaks decided to reveal deeply personal information about a paternity dispute. “My phone, address, name, details. If the family of my wife saw this … Publishing personal stuff like that could destroy people.”

In Saudi Arabia LGBT is a crime punishable by long prison plus lashing or even death. This is malicious @wikileaks.https://t.co/6AVMWMT5Xw

why is it only women and gay people that wikileaks seems to have sensitive information about https://t.co/X8BNX1VD09

Next we will order @wikileaks to publish personal details of every gay person in Iran.

@wikileaks has published the personal information/data about gay ppl, HIV+ people and other things. They're in Saudi Arabia. Death sentence