Home Gay Life Will Gays Ever Stop Attacking Each Other Over Positive Stuff? | 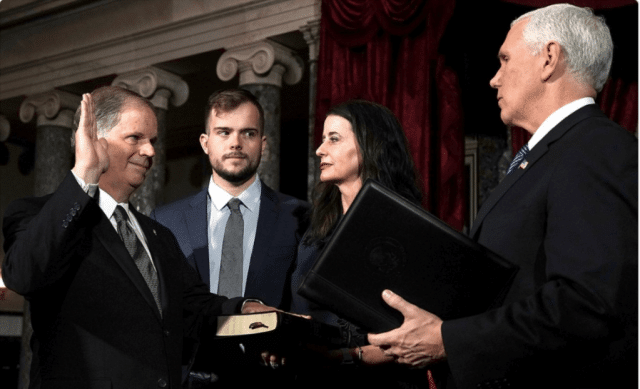 Phillip Henry pens a real piece of shit tantrum on them.us ranting against “white gay men,” which is just the sort of thing that makes my blood boil. It’s the type of trash that perpetuates racist crap as it attempts to pit gays against each other based on their skin color. And, in my opinion, this type of stuff just has to stop.

Before I go any further let me state for the record that in general the white gay male community fails Black gay men in big ways. Organizations which claim to care about diversity rarely seek out and include persons of color, and fail to care enough about issues facing persons of color. Gay persons of color get left out and overlooked often in a vast assortment of ways and spaces.

And it should also be noted that there was a piece of shit film about the Stonewall Riots where a gay white male was portrayed as if he was the one who started the riots which runs totally counter to actual known history. The film is an excellent example of the way persons of color as well as marginalized persons like trans persons are made invisible too often.

Maybe Henry’s writing here ought to be seen as a critique on that larger and general dynamic. There is a need for many to be pointing out the hypocrisy that exists where some white gay men act as if they care about diversity and making visible queer lives, but then rewrite history and whitewash it.He uses a tweet by the Human Rights Campaign as his jumping off place, and it, HRC, is a perfect example of what gets labelled “Gay Inc” AKA, queer organizations which are for and about gay white men. And maybe Henry is just trying to write with a little bit of bittersweet sarcastic humor. Maybe he think that this is a better way to make his point (although it isn’t clear what that point is supposed to be).

Henry is about as far off base as he can be when it comes to the reality of the situation about which he is commenting. And, in my opinion, his attitude is a dangerous one as we live in a time when our very democracy is tenuous and the rights of many, including persons of color are at risk.

It always catches my ire when someone pens any comment as if they are speaking to all of any group as if that group is some monolithic singleness. Imagine the crap I’d get writing a letter ‘Dear Black Gay Men’? I’d be called out for that faster than anything. Treating a large group of people as if their skin color makes them different and not connected to you is wrong regardless of who is doing it and why.

Now, I’m no fan of the HRC, but I like their tag line, “We are all Carson Jones.” Jones is no one special. The son of a politician, who is gay, but he is just your regular everyday gay guy. Just like you and me and a whole lot of other people. And as luck would have it, Jones was able to be in a place to quietly and directly confront one of the biggest and most dangerous homophobes out there, Mike Pence. We are all Carson Jones and if we are the one to end up in that place would we rise to the occasion and confront homophobia simply by claiming our place and exerting our dignity? We are all Carson Jones, because we don’t need special heroes to change and destroy homophobia. We just need real regular everyday queer people to rise to the occasion and confront homophobia head on.

Most humorous to me is that Henry looks at ball culture and voguing as the things QPOC have brought to culture. I’d raise Bayard Rustin up as my hero, but to do so would require having to face the homophobia within the civil rights movement which stood in his way of truly having the full recognition he deserves.

Or Colin Kaepernick. Kaepernick is a true hero in my book.

Henry has valid points he is attempting to raise about privilege and white supremacy, but as happens all too often, he attacks those who by no action of their own have privilege. I didn’t ask to be born white, and I’m not responsible for the past 400+ years of White Supremacy and the unbelievably complex and ubiquitous way it controls everything that is. I am responsible for doing my part to dismantle the forces that perpetuate privilege. History can look back and determine if I was successful or not in that venture. I probably fail at my efforts towards that end more than I succeed, and I  hope I do all I can do.

So, gay white men, I’d tell you: please keep turning yourself into heroes! Take long enough to pause and act in ways that confront all the phobias and isms that perpetuate privilege and power differentials.

But, Phillip, someday you have to start to see gay men as more than just their skin color and vomiting your rage out as if that is all that there is.

this near-canonizing amongst you of other white gay men for merely existing needs to be curbed.

You and I have very different ideas about what canonization looks like.  In my opinion, we need to spend more time and energy recognizing, praising and supporting all of the actions of others that fight homophobia, racism and all of the status quo that perpetuates the suffering you speak of. We need to celebrate every little victory and not stop working towards the bigger and greater victories that we need and that make life better for everyone.