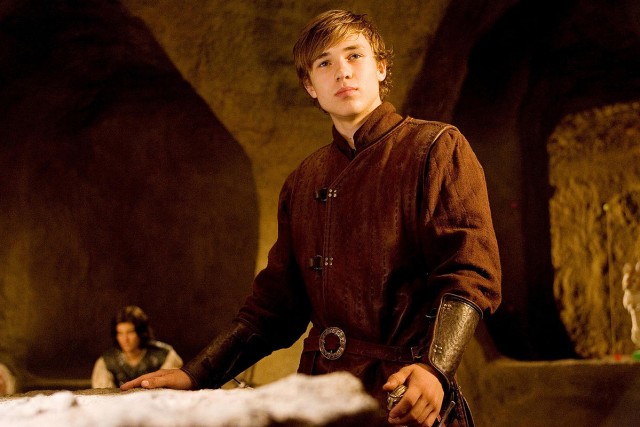 A 28 years young, dreamy blue-eyed, well-built specimen of a man has come from the United Kingdom to take Americans by lust storm.  He is William Moseley, and he is adored by men and women alike.  Despite his proclaimed heterosexuality, William was interviewed for Out magazine, and his fans have been able to follow his newest projects, establishing a distinct trail of worshippers. He was first noticed when he played in “Chronicles of Narnia” as the eldest brother Peter.  He now enters the second season of a successful drama playing the “rebel prince.” Moseley is the star of The Royals, a drama shown on E! Network.  Season 2 is scheduled to begin airing on November 15.  He plays Prince Liam, a character second in line to the throne, which changed to next in line when his older brother dies.  His mother Queen Helena is played by Elizabeth Hurley.  Prince Liam is a twin to his sister Princess Eleanor.  He, however, is a playboy on the show, and lives that life to the fullest. However, his world is full of sex, lies, and scandal. Being next in line to the throne, his new status significantly curbs his womanizing behavior.  Although his character is brash and rebellious, it couldn’t be any more different than the actor himself. He hopes to play his character like the real Prince Harry, and become just a regular type of guy you would go have a beer with. In an interview with DAMAN.co.id, he is quoted as saying “he thinks ignorance is the reason why our society is so filled with hate, and he wants to change that one step at a time.”  He also has had much recognition from the BBC since they discovered him in school at the ripe age of ten.  He grew up in the countryside of Sheepscombe, Gloucestershire, but never imagined he would be so comfortable and happy in America. His favorite pastime is surfing, and filming in the cold blustering wind of New York is an unwelcome but necessary weather change for him.  Luckily, he can still fall back on his lovely English accent, which he states lures all the girls in. What he finally has realized, after his pieces in Out Magazine, is that even though they know he has a girlfriend, he is luring in just as many, if not more, eligible gay men. 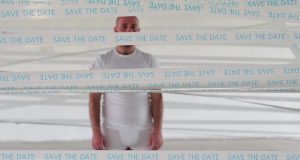 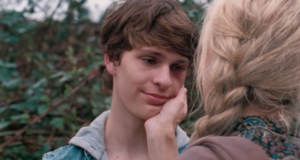 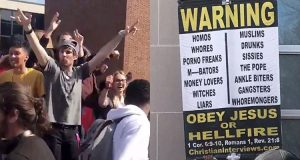 Nick Gayer
0
The students at Rowan University in Glassboro, New Jersey, were not having it when demonstrators showed up on their campus holding anti-LGBTQ, anti-women and...